Happy Mother’s Day, folks! Have you called your mom yet? Have you?! No? Then stop reading this damn article and get back to me.

Did you call? Did you tell her you love her and thank her for the miracle that is life? Good.

Seriously, you better not have been lying about calling your mom.

It takes a special kind of woman to be the outgoing, supportive, patient woman that Linda Belcher (voiced by John Roberts) is, and I’d give her a big hug if she were real. Her optimism is infectious, whether she’s encouraging her family to come up with unique ideas to solve problems or regaling the family with her improvised song lyrics. To this spitfire of sunshine and alcohol-swilling fun, we salute you! 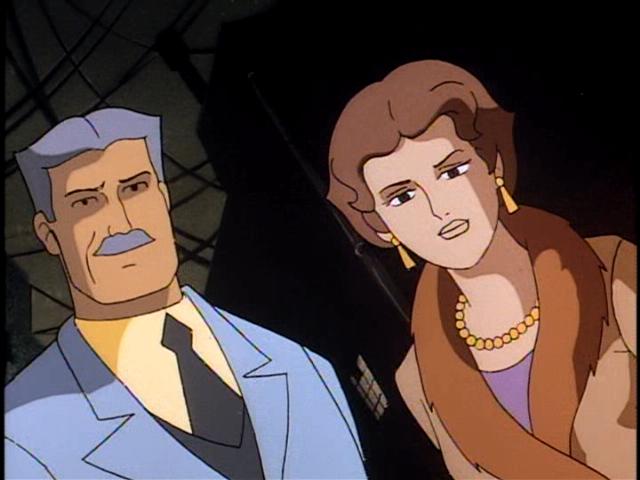 This one’s a bit of a cheat, as we rarely get to see much of Martha Wayne’s life as a mother to Bruce Wayne, the future Batman, beyond her murder before her son’s eyes in the grime and filth of Crime Alley. However, what we did see was a mom who clearly loved her son and treated him as precious cargo. Any mother who will stand between her son and the barrel of a gun demonstrates the ultimate beauty of a parent’s love toward her child. Martha Wayne is a goddamn hero. It’s easy to see where Bruce gets it.

This one might be a controversial choice, as fans seem to either or hate love the self-styled tracker among the survivors of Oceanic Flight 815. (For me, it depends on the day and my mood.) However, when it was time for her to step up and aid her friend Claire (Emilie de Ravin), Kate (Evangeline Lilly) did so without a moment’s hesitation. Once Claire went off the rails and rambled into Cuckoo Station, Kate respected the troubled woman’s wishes and raised her son Aaron as her own, well after she and some of her fellow survivors made it back to civilization. The surrogate mom went so far as to cut her off-again, on-again lover Jack (Matthew Fox) after he, too, slipped into craze and alcoholism, rightly seeing Jack as a piss-poor influence on Aaron. Again, love her or despise her, Kate earned my respect in how she cared for Aaron.

Marge and the kids

Other than for having the patience of Job in dealing the various hijinks and catastrophes that seemed to befall her family from without and within, Marge (Julie Kavner) makes the cut for always believing in and supporting her children. The matriarch of the Simpson family knows that there was a good boy worth loving beyond her son Bart’s bastardly, underachieving ways. Likewise, she is sensitive to the delicate, artistic soul that is her daughter Lisa, nurturing her when she’s been broken and giving her a firm, maternal push and tough love when she needs it. While she can be a little oblivious at times, you’ll be hard-pressed to find a more caring mother on TV, animated or not.

What mother wouldn’t invite a strange man who rolled up to her home in a rusty, blue child murderer van and give him free reign to play housekeeper in home that looks to take five minutes to clean and nanny to her son, all the while allowing him to inject his life and that of his daughter’s into her family unit? Angela Bower (Judith Light) is a special kind of mom, after all. (I may need to rethink this entry.)

While Sophia (Estelle Getty) has sass to spare and doesn’t miss a chance to needle Dorothy (Bea Arthur) about her love life or job as a substitute teacher, she always supports her daughter and acts as a surrogate mother to her roommates Blanche (Rue McClanahan) and Rose (Betty White). Whether dispensing advice from her time in Sicily or giving comforting yet blunt advice—such as when she showed why Blanche she should love and respect her gay brother—Sophia Petrillo is the sarcastic and loving mom that we should all be so lucky to have.

Clearly, Cersei (Lena Headey) loves her children and worries about their welfare. Why else would she stand by while her hobgoblin of a son Joffrey, created through an unholy swerve-fest with her brother Jamie, ruled and trounced around King’s Landing with all the subtlety of a demon-possessed Lenny petting a rabbit? That’s a special kind of love (?) that we should all accept and admire. …Just kidding. What a fuck-show of horrors.

Happy Mother’s Day, folks! Go forth, hug your Mom… and thank her for not being Cersei.