If you’re a child of the 1980s, chances are that you were a fan of or are at least familiar with Strawberry Shortcake, either from the TV cartoons or the various products associated with the cheerful kiddo and her world. IDW Publishing looks to introduce modern readers to the character and her world in its currently ongoing Strawberry Shortcake comic book series. Writer Georgia Ball recently spoke with me about the genesis of the book, the theme of friendship driving the series, and what we can expect further down the line in the comic.

FreakSugar: I’m always curious what the entry point for characters like Strawberry Shortcake and other 80s properties are for different people. I remember Strawberry Shortcake being on in a cartoon block of other shows I tore through on Saturday mornings. What was yours?

FS: For folks who are wanting to pick up the series, how would you describe Strawberry Shortcake?

GB: If I was to narrow the theme down to one simple sentence it would be “girls being friends with each other.” There are male characters but the girls are the focus. They have doubts and challenges but their friends back them up and support them in their various endeavors. Each girl has a special talent that she’s applied to a business, and because Strawberry runs a café, some of the stories feature food and cooking. The story I just had approved is about Orange Blossom and her attempts to market her retail business. 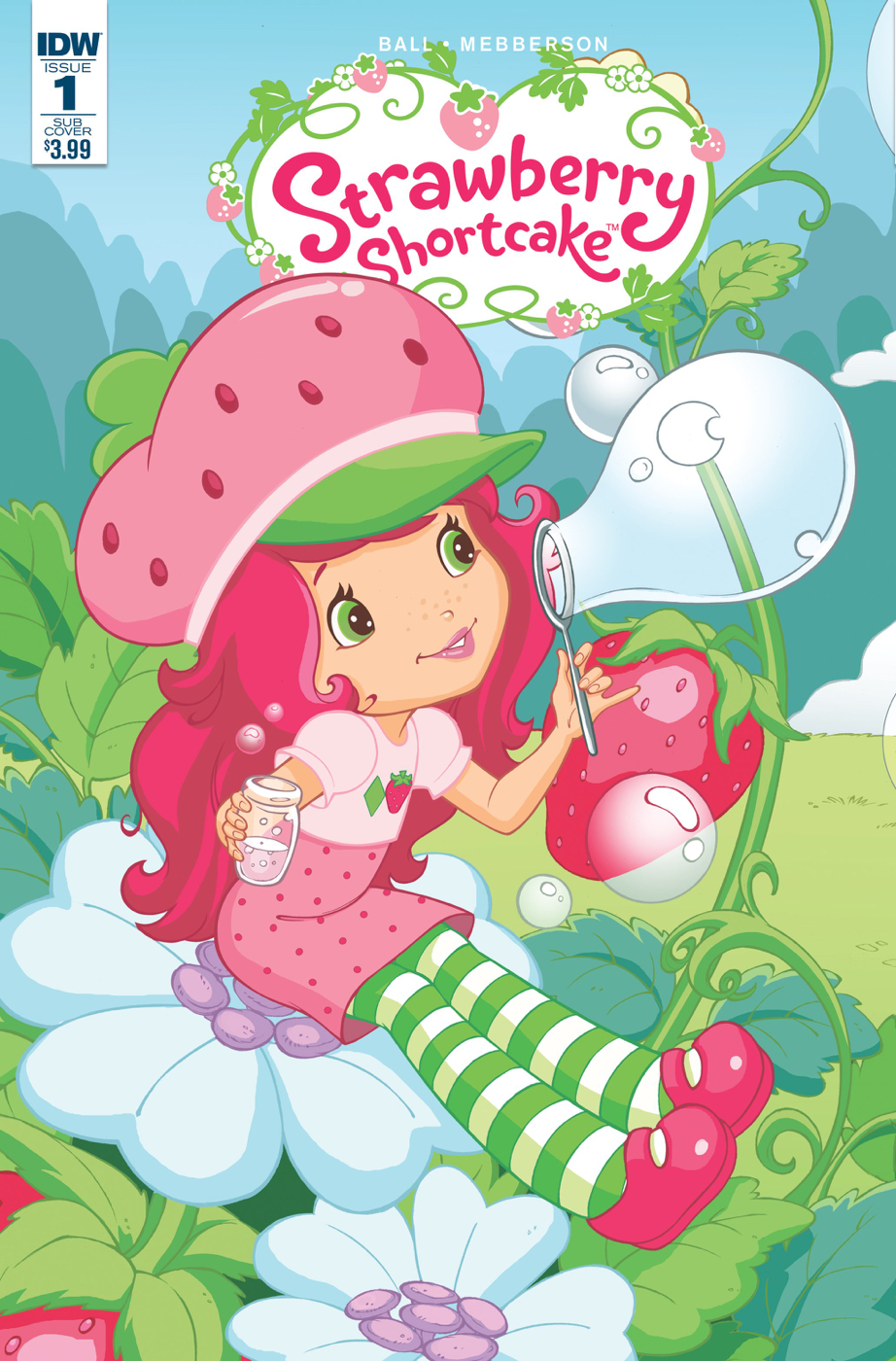 GB: The cartoon is written for a very young audience but the comic uses a more advanced vocabulary to appeal to a broader range of ages. The most recent season of the show has a higher emphasis on using and enjoying technology that I loved, so I ran with it. Not only do all of the Berry Kids rely on their cellphones but you’ll also see them casually look something up on their laptops and post to social media. But like any 3D animated television show the plots tend to limit themselves to familiar locations, so I wanted to take advantage of the comics medium and have the characters step outside of Berry Bitty City. Artist Amy Mebberson is able to add expressions and poses to the characters that would be hard to replicate in the cartoon version.

FS: There’s an intrinsic sweetness about the book that’s very nice to read. I realize the book might be geared toward a younger audience, but do you get feedback from adult fans?

GB: I particularly like the reviews on GoodReads that are from adults. They always start with either “I know I’m not the intended audience” or “don’t judge me because I read this!” I promise I’m not judging the adults that read it or the people who recognize the property was aimed at kids. The basic premise will always be that Strawberry and her friends live in a happy, magical world where everything turns out all right, but in-between all of that I still get to put the characters through a lot of stress, tell jokes and throw in a few celebrity cameos when it suits the story. 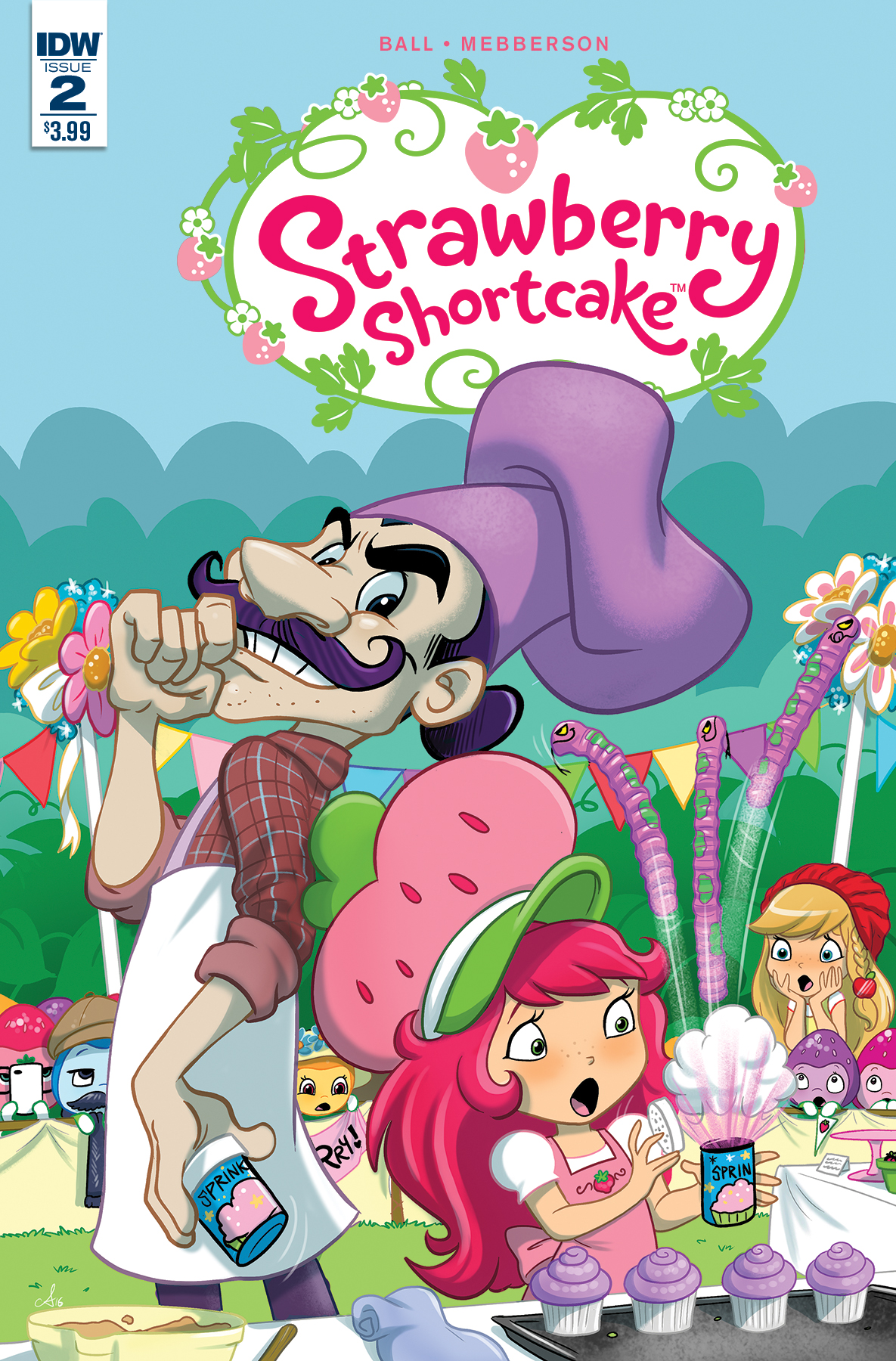 FS: Are there any characters you connect with when writing more than others?

GB: I cook, so it was very easy to connect with Strawberry Shortcake as the every-girl. I love writing for Lemon Meringue because she’s big-hearted and doesn’t catch on to things as quickly as the others and I love writing Orange Blossom as the practical, no-nonsense confidant. The comics medium makes it a little harder for me to tell stories around Plum Pudding because dancing doesn’t read as easily and neither does Blueberry Muffin’s fascination with books, but they play supporting roles.

FS: Back to creating the world of Strawberry Shortcake, what new aspects to the cast and its universe have you introduced?

GB: The best part of the new series has been the chance to re-introduce the Purple Pie Man. When we asked Iconix if we could bring the villains back they handed us a list and it was a joy to work with them on his newest incarnation. We learned from them that his real name has always been Steve Piemanne, so right away I started developing a story that would lead him to take on a stage name. My husband Scott Ball did the initial design and Amy took it from there, turning him into a business rival with a serious grudge and a sense of style that suggests he’s trying too hard. The man-bun was Iconix’s (fantastic) idea. 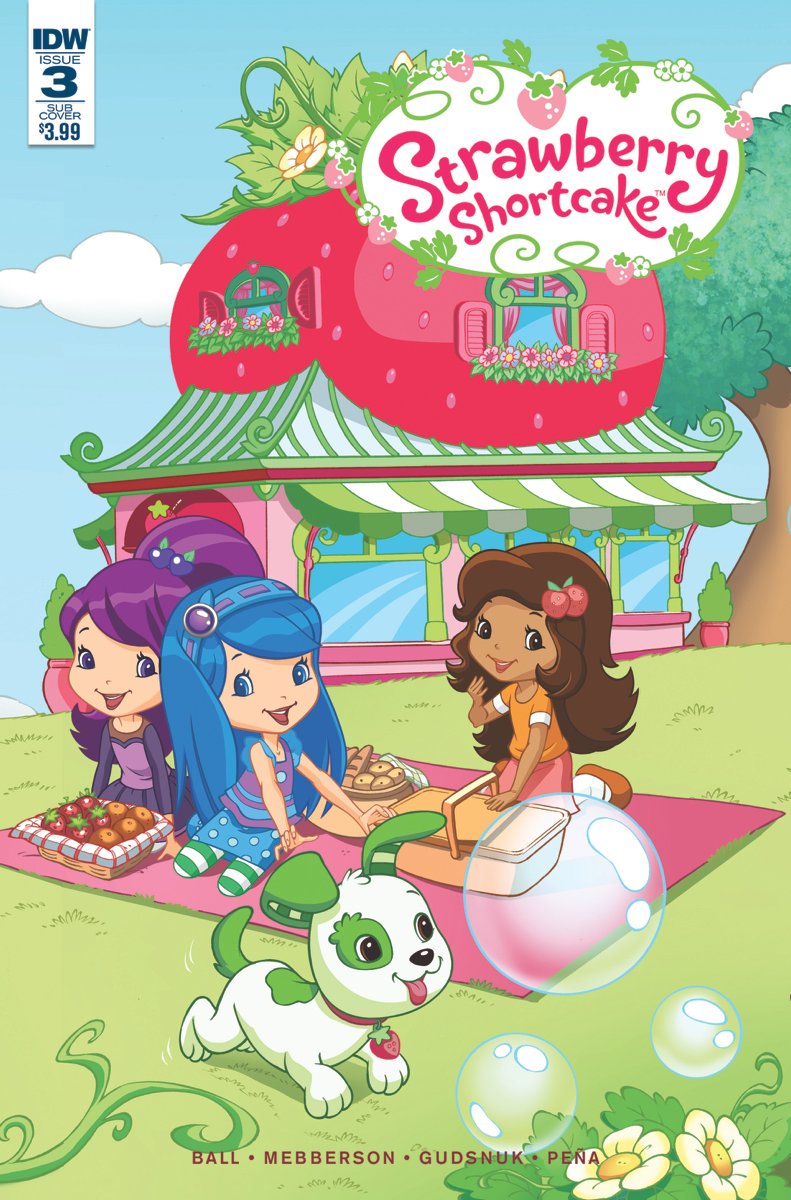 FS: What can we look forward to going forward in Strawberry Shortcake?

GB: We’re bringing back Raisin Cane! She appeared in one issue when Marvel had the license and now she’s back with a new design and her own agenda. There will also be an issue that focuses on Orange Blossom and another explosive showdown with the Purple Pie Man.

Strawberry Shortcake #3, written by Georgia Ball with Amy Mebberson on art, is on sale now from IDW.

From the official description of issue #3:

Strawberry Noire! A smooth-talking salesman tries to convince Strawberry Shortcake her café needs an overhaul and the Berry Bitty baker tries to sort out her decision in dreamland in the midst of a tense mystery. Detective Shortcake and her able assistant Orange Blossom are hot on the case!