Fans of writer Brian Michael Bendis’ Marvel comic cult-favorite Alias, which will hit the world of live-action as A.K.A. Jessica Jones on Netflix in December, can breathe a sigh of relief as to whether the new show will be faithful to its comic book roots. A synopsis of the Netflix original has seeped onto the Internet, thanks to Amazon’s listing of the series’ companion book. Here’s what we discovered:

Ever since her short-lived stint as a Super Hero ended in tragedy, Jessica Jones has been rebuilding her personal life and career as a hot-tempered, sardonic, badass private detective in Hell’s Kitchen, New York City. Plagued by self-loathing, and a wicked case of PTSD, Jessica battles demons from within and without, using her extraordinary abilities as an unlikely champion for those in need… especially if they’re willing to cut her a check.

All of the elements from the comic seem to be there: Jessica’s a PI, her superhero foibles turned her into the sarcastic badass she is today, and her time as a hero—presumably her encounter with the mind-controlling Purple Man—made her give up the do-gooder life. And with the synopsis pointing out that she’ll operate in Hell’s Kitchen, that puts her square in Daredevil territory, which will make building up to Netflix’s Defenders that much easier. As long as the show includes the scene from the comic where Jessica hallucinates seeing then-boyfriend Scott Lang, Ant-Man of the Avengers, being devoured by ants, then my hopes will all be fulfilled. I’m just guessing that’s a longshot, though. 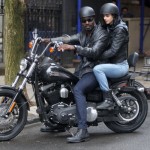 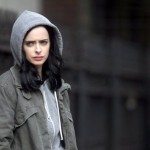 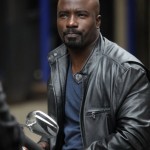 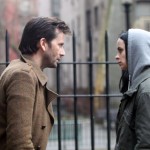 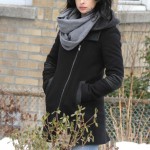 A.K.A. Jessica Jones, starring Krysten Ritter (Don’t Trust the B in Apartment 23, Breaking Bad) as Jessica, Carrie-Ann Moss (The Matrix trilogy) as Harper, David Tennant (Doctor Who) as Killgrave, Mike Colter (The Following) as Luke Cage, and Rachel Taylor (666 Park Avenue) as Trish Walker/Hellcat is expected to hit Netflix in December. In the meantime, to catch up on the comic that inspired the show, read our Flashback Friday entry focused on Alias.