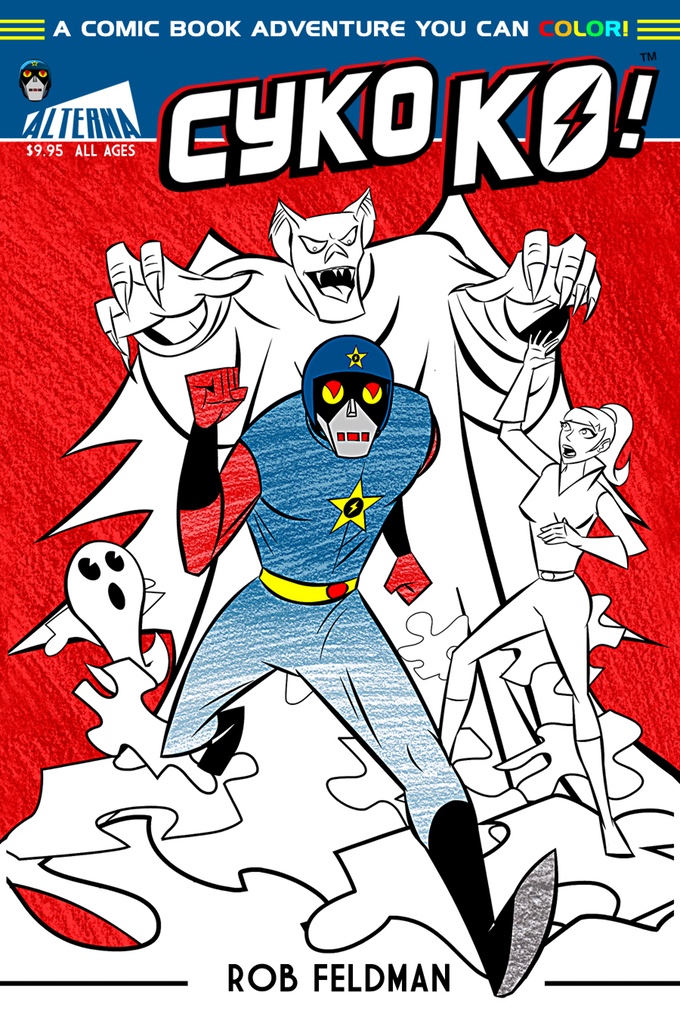 Creator Robert Feldman gifted the world a beauty of an askew Hanna-Barbera-inspired, hilarious oddball in the character of Cyko KO. Dropping on LINE Webtoon nearly two years ago, Cyko KO is what happens when you add a dash of HB goodness, a sprinkle of fourth wall-breaking, a pinch of Adult Swim sensibility, and heaping helping of Feldman’s indelible humor.

Just last week, Feldman announced that he would be partnering with Alterna Comics to bring Cyko KO to the interactive page with the character’s first coloring book—which is a perfect fit for the character’s aesthetic and sense of madcap, crazytown-banana pants humor the creator brought to LINE in installment after installment. 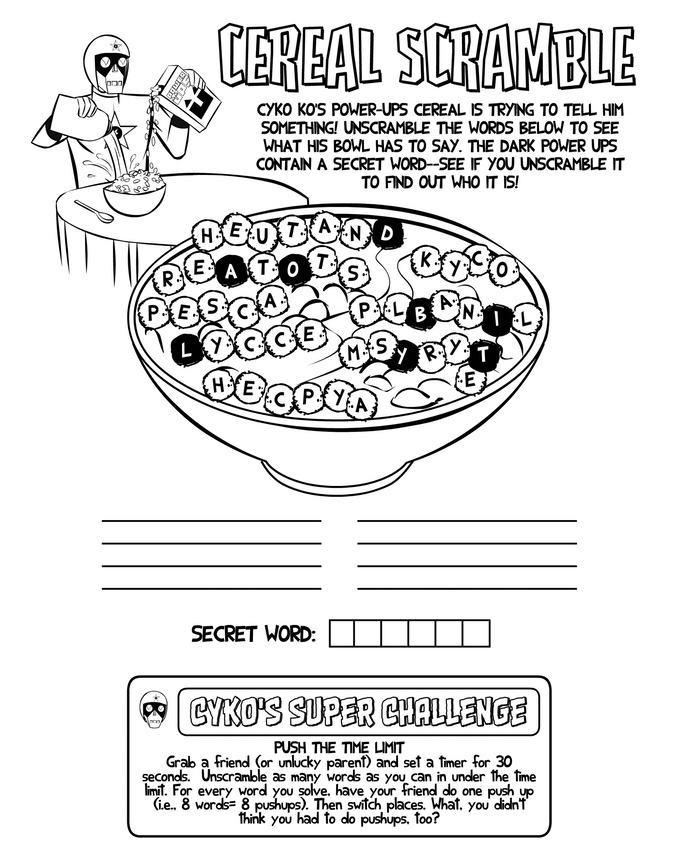 In order to fund production costs for Cyko KO: A Comic Book Adventure You Can Color!, Feldman launched a Kickstarter campaign to bring this joy of a book to life. And for anyone familiar with Cyko KO, bringing the character in the form of a coloring book romp makes all the sense in the world.

To hear Feldman talk about the coloring book and the world of his darling Cyko Ko, the love he has for both the character, the webcomic, and the coloring book medium flow from the screen and you can’t help but smile at his enthusiasm. And Feldman has the talent and the sense of comedic timing to back up that enthusiasm. 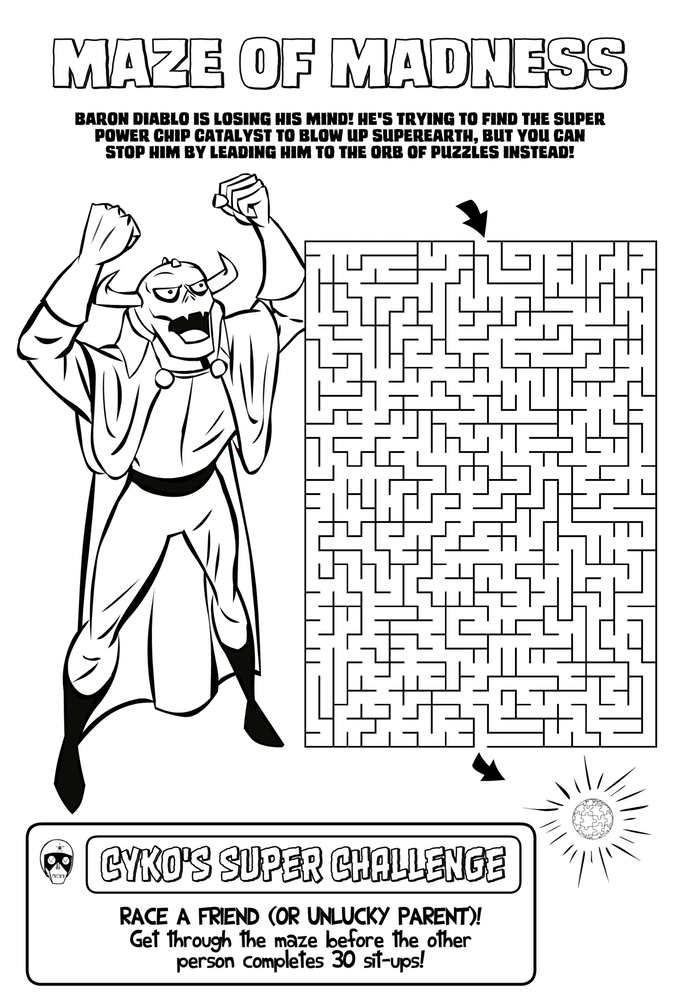 One of the many impressive aspects of Cyko KO: A Comic Book Adventure You Can Color! is the fact that the book delivers on its promise: in between the activities smattered across the pages is an actual, full-fledged story that doesn’t skimp on the quality or hilarity we came to expect with Cyko KO over at LINE. That in itself is a feat, as we’ve all seen coloring book fare based on comic book properties that ain’t up to snuff.

And speaking of the activities included, Feldman, of course, puts his own twist on the fun-time happiness that we all used to get out of solving mazes or connecting the dots. There’s a softly biting snark that fits in nicely, giving commentary and teases those unlucky family members who were often conscripted by young’uns to complete an activity book task. 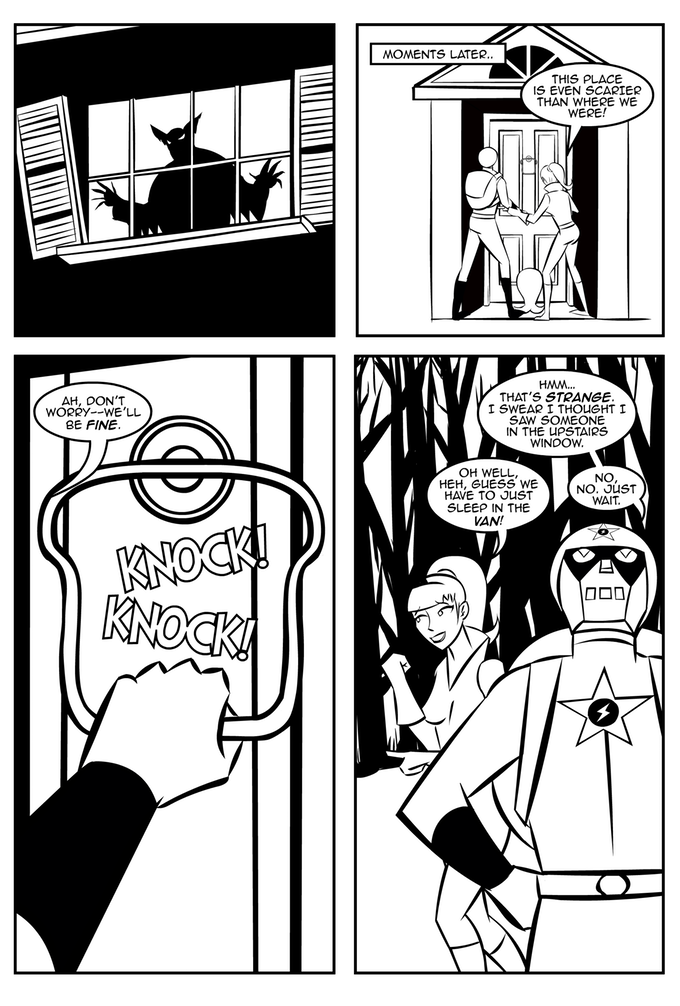 As of this article, the Kickstarter is almost halfway to its $2,000 goal, with 23 days left to contribute. To sweeten the pot, Feldman has a whole bevy of contributor goodies, from PDFs of the coloring book to a sweet-ass T-shirt with an image of Cyko KO himself that can grace your torso.

For more info, head over to the campaign’s official Kickstarter page.