Valentine’s Day has arrived yet again, with social media declarations of love abounding and grade schoolers exchanging cards and candy. While some may scoff that the holiday is just an excuse for retailers to make money, the occasion does offer an opportunity to reflect on the nature of love and how our experiences with the various types of love impact how we navigate our relationships and shape how we view the world.

One way that our view of love and the world is shaped is in our relationships with the pop culture we consume, how we experience it, and with who we share our interests in that realm. Reflecting on how pop culture shapes and molds us can give us a window into ourselves, our sexualities, and our loves. 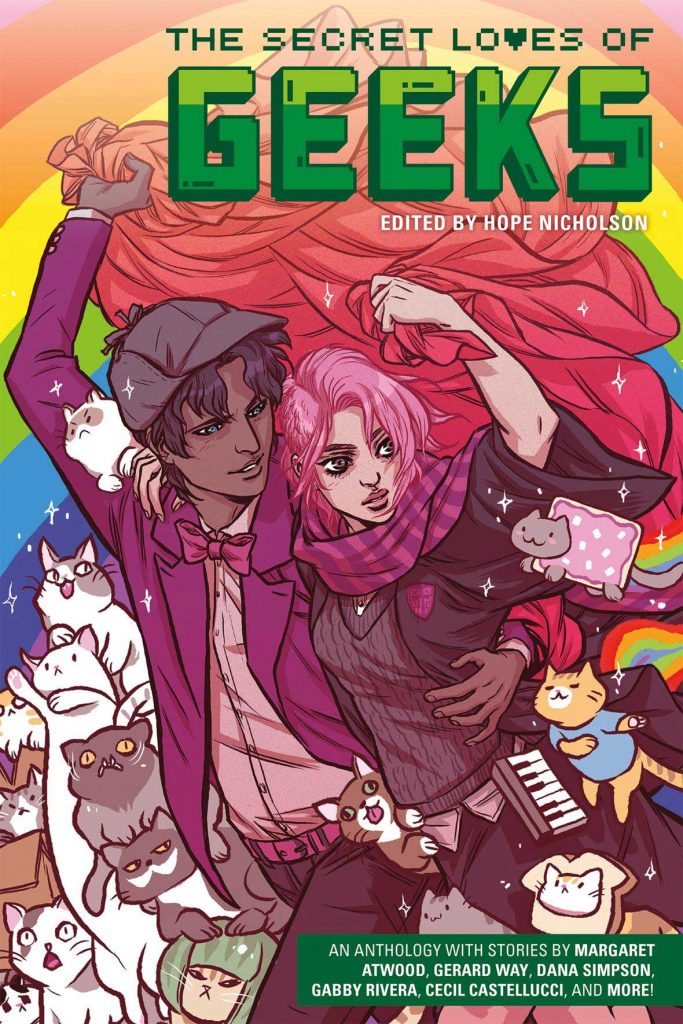 FreakSugar: For folks who are considering picking up the anthology, what’s the conceit of The Secret Loves of Geeks?

Hope Nicholson: The idea of the anthology is that it’s a collection of true life stories from different geeks, whether those are fans or content creators (actors, sci-fi writers, comic artists), talking about love, sex, and dating.

FS: The anthology is a follow-up to The Secret Loves of Geek Girls. What was the genesis behind casting a wider net for this newest installment?

HN: The first book was as much about showcasing a wide array of female talent in artists and writers, especially when there was constant online discussion of how few women creators there are, as it was about the stories themselves. I wanted to show that there are many women in comics, of all ages. I wanted to focus on love, sex, and dating for the idea because those were unique experiences of my conversations with other fangirls that I didn’t see talked about nearly enough. But in its own way, this is limiting, especially to those creators who don’t identify on the gender spectrum. I also wanted to open it up to show stories of male vulnerability as well. I’m glad to have both books, they are both essential. 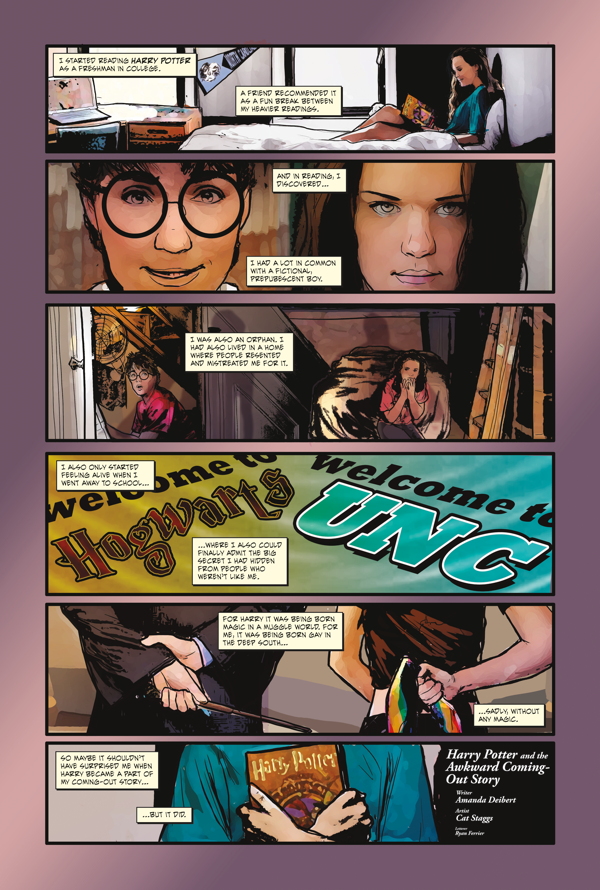 FS: What can you tell us about some of the stories we can expect to see in The Secret Loves of Geeks?

FS: The anthology has a wide array of types of stories and modes of storytelling sprinkled throughout. Did you have any particular mission statement in mind when putting together The Secret Loves of Geeks?

HN: Yes, I wanted to have a wide variety of creators, I focused especially on finding creators that fulfilled stories that I felt neglected in The Secret Loves of Geek Girls. Stories of asexuality, of being non-binary, and of male bisexuality were important to showcase for this edition and I’m pleased to say I have stories for each of these topics. Stories of loss are important as well, and Levi Hasting’s story is a powerful testament to this that I hope eases some heartache for readers missing their loves who are no longer with us.

On a practical note, I aimed at having a 50/50 mix between comics and prose stories for balance. 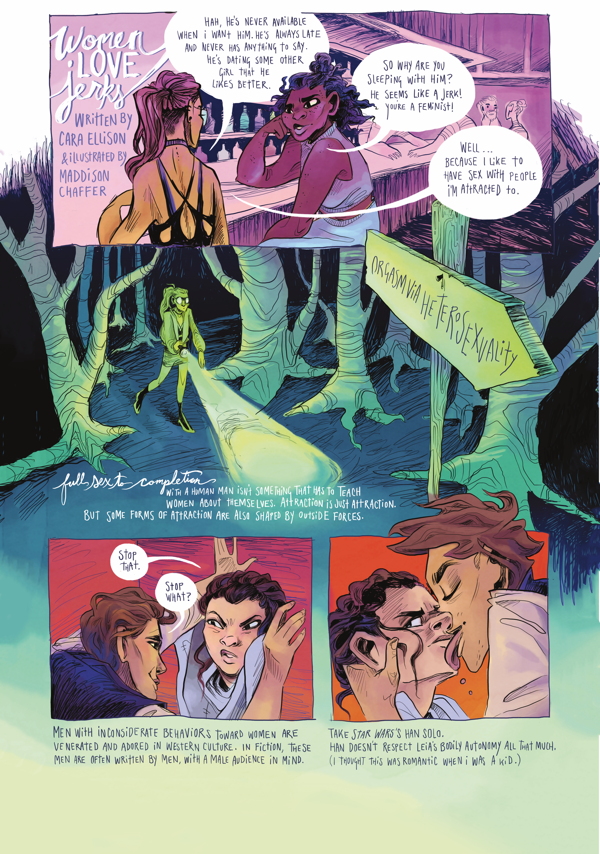 FS: With this follow-up, did you have creators reach out to you wanting to tell their stories in addition to you reaching out to folks, asking to share their tales?

HN: Yes, but as this was through Dark Horse rather than a Kickstarter, we had relatively few inquiries as we kept it pretty secret until the book was fully prepared. I did a few open calls on various topics, but didn’t advertise what the calls were for, and that resulted in me working with Shee Phon, Peaches Cortes, and Letty Wilson. Of course, Cara Ellison is a friend of mine and heard early about the anthology as I was developing it and asked to contribute and I was happy to include her. Same with Ryan Dunlavey. Other than that, everyone was invited through me and my co-editor at Dark Horse, Daniel Chabon.

FS: The anthology highlights different types of love with a whole host of people of different genders, ethnicities, sexual orientations, and races. This array of stories, to be honest, made me a bit emotional and affected me in a way I wasn’t expecting; not just the stories themselves, but the fact that so many different types of these stories were assembled in one place. Was the process of putting the anthology together emotional for you in any way?

HN: Oh yes, I definitely teared up a bit. Like I said, Levi’s story is the most sad, but it was important to tell and I’m honoured he shared it with us. But reading Terry Blas’s story about his issues of being seen as attractive while being fat resonated with me. Letty Wilson’s story of discovering her asexuality and the closeness she feels with friends is so sweet and kind that I think about it very often. And because I have a small place in my close friend Ivan Salazar’s story, I felt a lot of pride in how far he came as I read it (even though I had to rip it apart for edits!) 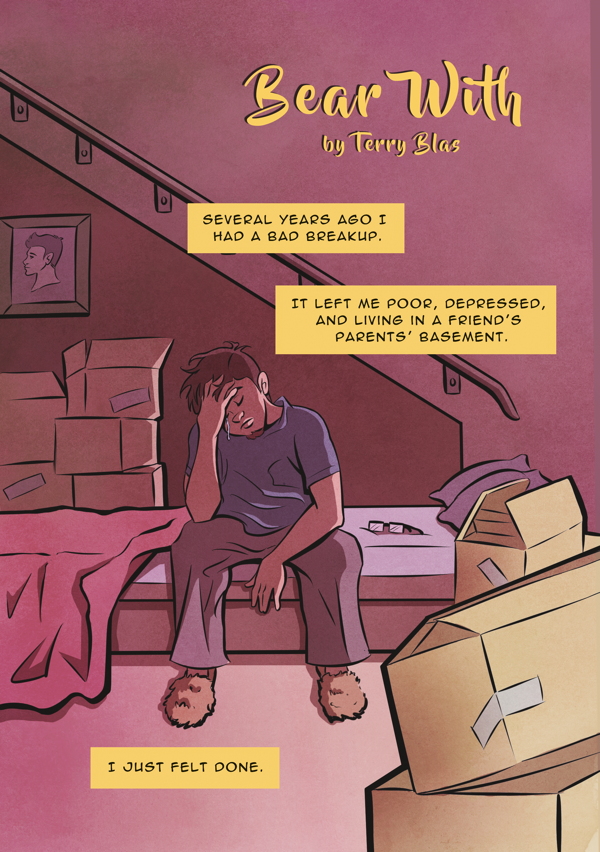 FS: What can you tell us about your contribution to the collection, “Pros at Cons”?

HN: Hm. This was a story I originally wrote thinking of what happened to me since my first story in The Secret Loves of Geek Girls where I discuss being a virgin well into my late 20s. It was difficult to decide what to write next, as a lot of the threads that make up who I am, romantically, are still finding their path. I settled on one spurred by a conversation I had with a brief romantic partner where he had dismissed his ex as being a ‘comics slut’ (to say that I was furious at him for that is an understatement), as well as other conversations with men and women who spoke mockingly of anyone who ‘hooked up’ with someone at a convention. Since I myself have done it, and several of my friends have as well, it seemed to me that this was something I wanted to discuss in a fairly even-handed way. I wanted to discuss the double-standard of praising ‘comic-book power couples’ but shaming people who have dated more than one person in the same industry, and outline the responsibilities of care that both parties have during hook-ups or dating, while not denying the fact that gossip runs rampant in our comics world and it’s those who whisper and laugh about others who should be shamed instead. If you work together in the same industry, especially one with so many social functions and a very unusual type of working lifestyle, it’s natural to feel more attracted to people going through the same thing as you. 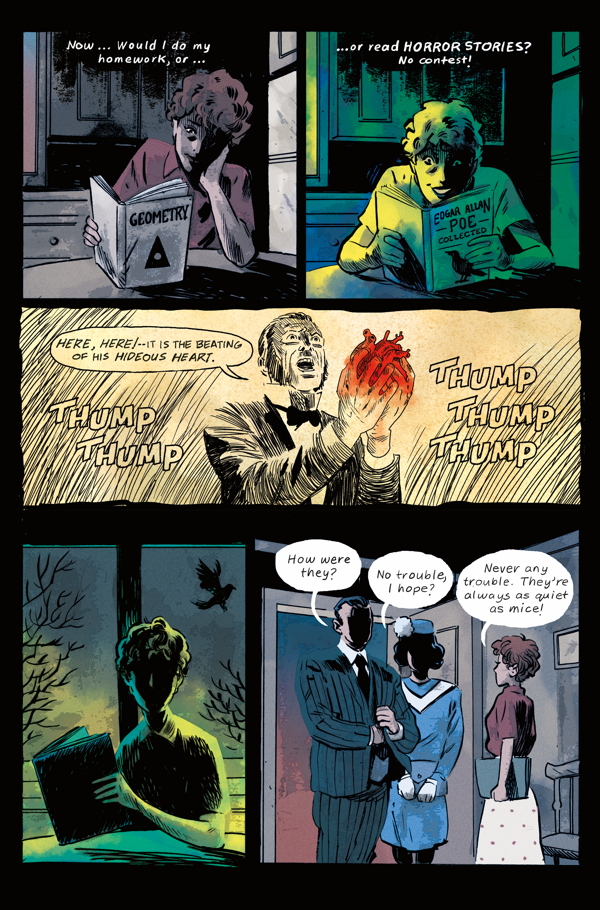 HN: Oh yes, both books impacted the way I view relationships a lot. In some ways it heartens me. I would love to find a partner as sweet and kind as Terry Blas’s husband Scott, or as deep and fulfilling as Amanda and Cat’s romance. And yet, seeing how happy some of my friends are being non-sexual also reminds me that even though I enjoy sex and romance, it isn’t the end of the world if it isn’t always at hand. Writing my own story brought back very fond memories of the performance of flirting and initial infatuation, and reminds me of how much fun I’ve had with some past loves. JP’s story of lying about liking Star Wars is undoubtedly hilarious, but was also a very pointed reminder of the ways we lie and gloss over truths in order to make ourselves what we want our love interests to see, so that stung in its own way too! 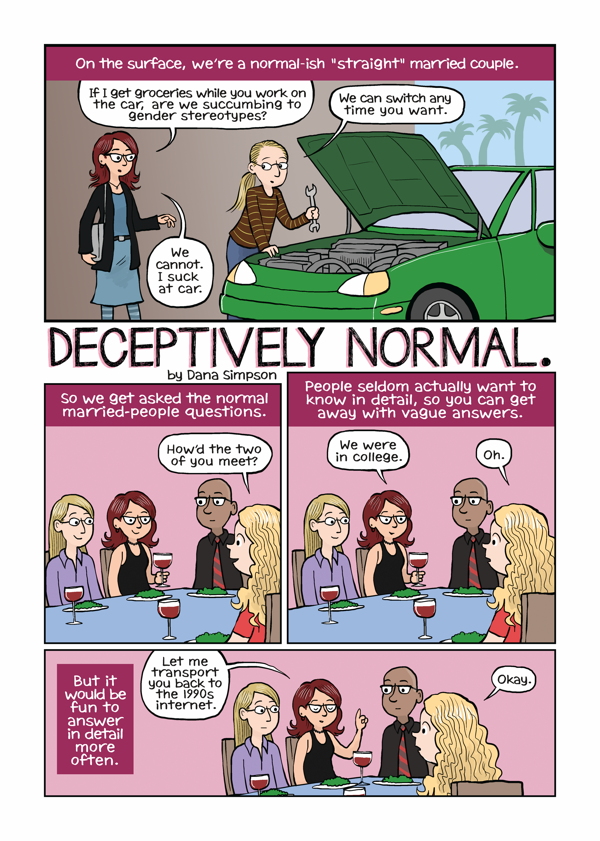 FS: Is there any particular takeaway or takeaways that you want readers to have after completing The Secret Loves of Geeks?

HN: I hope they write, draw, or talk about their own stories afterwards!  There are so many different stories about love, sex, gender, and dating out there, and I think that everyone has their own unique take that can connect to someone else struggling to understand this complex world.

The Secret Loves of Geeks, edited by Hope Nicholson and containing pieces by a whole range of creators, is available in comic shops now. It hits bookstores on February 27.