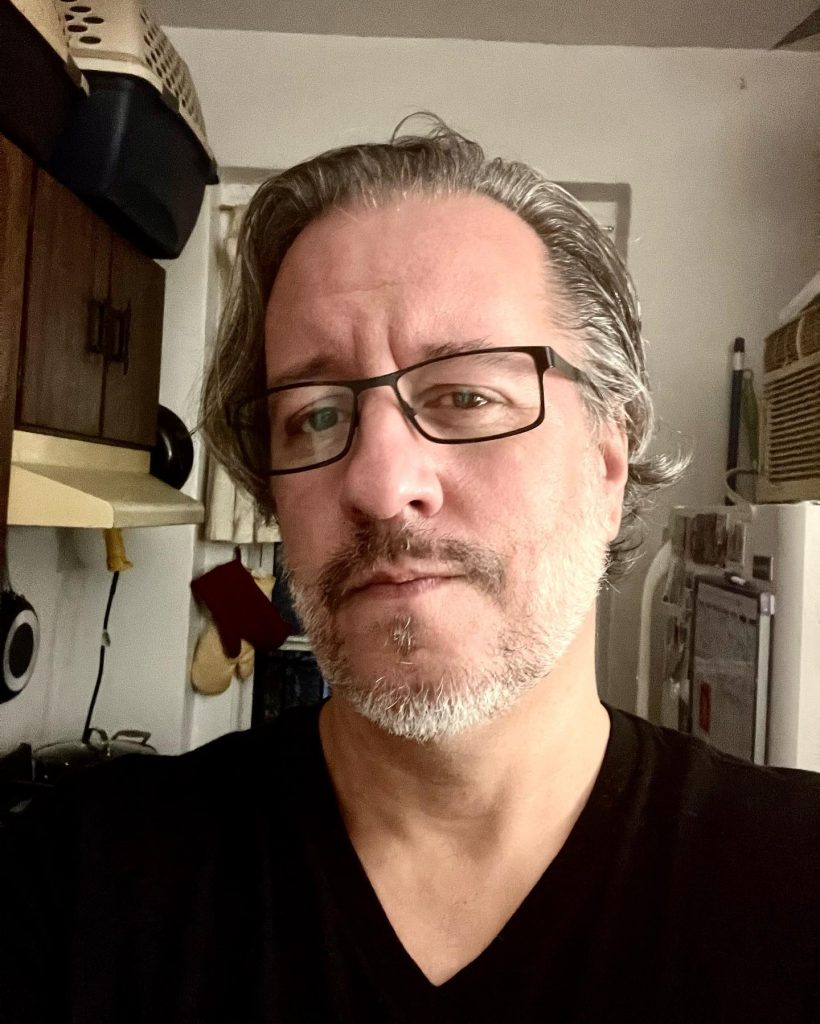 Superman has returned—or, rather, Kal-El/Clark Kent has made it back to Earth.

Kal-El has been away from his adopted home world for quite sometime while battling the warlord villain known as Mongul, leaving Earth’s protection in the hands of his super-powered son Jon. With his space adventures behind him, Kal is back, with his reemergence explored in this month’s Superman: Kal-El Returns Special #1 from DC Comics. The one-shot contains a host of stories from a wide range of phenomenal creators that address what Kal-El‘s return means to the world, as well as, most importantly, to his family and friends.

One of those friends is Jimmy Olsen, Superman‘s best friend and trusted confidante. How the two reconnect is explored in a tale by the talented duo of writer Sina Grace and artist Dean Haspiel. (Check out our interview with Mr. Grace on their story!) Both are masters of their craft and give the story of two friends reuniting the care it deserves. It’s such a touching yarn, so make sure to give it a read!

Mr. Haspiel spoke with me recently about how got involved with Superman: Kal-El Returns Special #1, his memories and experiences with the Man of Tomorrow, his collaboration with writer Sina Grace on Kal-El Returns, and his ideas for other Superman tales he has in his back pocket. He also touches on his multitude of projects and plates he has spinning. (When do you sleep, Dean?) 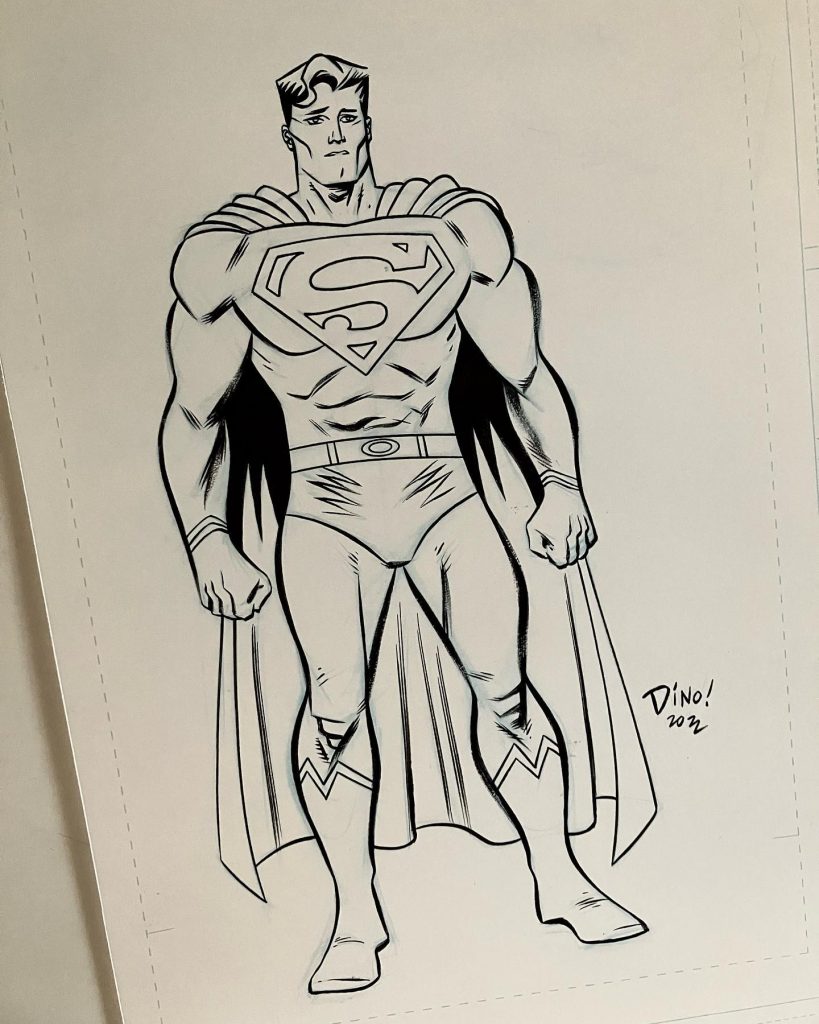 FreakSugar: First of all, thank you for speaking with us again! I really appreciate it.

Before we get into the comic itself, what can you tell us about your personal history with Superman as a comics fan?

Dean Haspiel: Like most Generation Xers, I grew up watching weekly repeats of George Reeves black-and-white Superman television show. Back when Superman made metal pretzels out of pistols, and Clark Kent wore a Fedora. And then in 1978, Christopher Reeve embodied the Kryptonian refugee and he and director Richard Donner elevated the man of tomorrow to iconic heights that has remained unequaled (although Henry Cavill puts up a good fight).

I read the occasional Curt Swan illustrated Superman comic book but it wasn’t until John Byrne revamped the Man of Steel, along with Jerry Ordway, Louise Simonson, Jon Bogadanove, Dave Gibbons Trevor Von Eeden, and others that I got better acquainted with Jerry Siegel and Joe Shuster‘s legacy.

I enjoy Frank Miller‘s radical boy scout version of Superman, but, if push came to shove, and I could only pick two iterations of the ubermensch, it would have to be those amazing Fleischer Studios cartoons from the 1940s, and All-Star Superman by Grant Morrison and Frank Quitely. 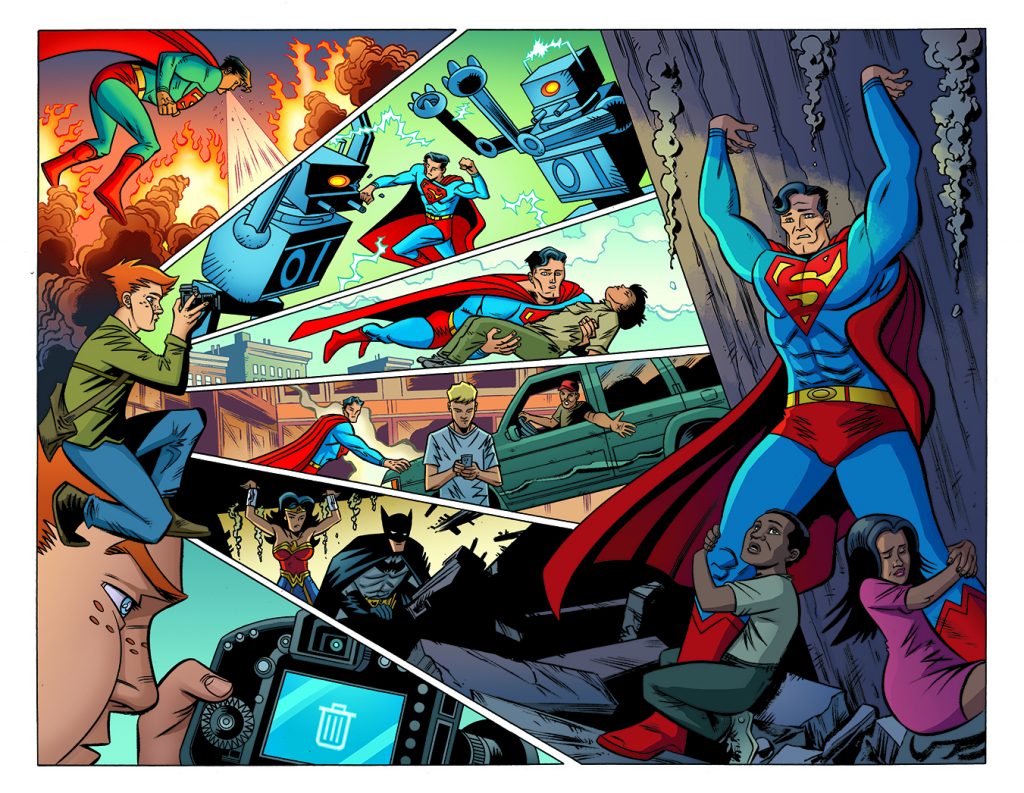 Art by Dean Haspiel from the SUPERMAN: KAL-EL RETURNS Special

FS: How did you become involved in the Superman: Kal-El Returns Special?

DH: I worked with Superman editor Paul Kaminski a bunch of years ago on The Fox when he was my editor at Archie Comics, and we remained in contact ever since. I’ve pitched Paul a couple of ideas and he finally came back at me with a kind offer to draw Sina Grace‘s heartfelt story.

FS: Is there anything you can tease about the story we’ll see in the special?

DH: “A Friend, In Need” is a sobering tale about Jimmy Olsen reconciling with the return of his super-pal and how the world galvanized when it lost its self-imposed protector.

FS: You’re working with fantastic Sina Grace on the story. What was your joint approach to the story?

DH: My favorite part of drawing comix is laying out the story. But it’s also the most challenging part. Luckily, Sina Grace is a writer AND a cartoonist. So, I asked to see his initial layouts and, with the exception of a double-page spread where I get to flex and pay homage to different eras in Superman‘s heroic life, I leaned on Sina‘s visual cues to better serve his vision. Sina was a delight to work with, as was colorist Trish Mulvihill.

I’ll be honest, drawing canon Superman is a nerve-racking proposition. I was on retreat at Yaddo, an artists/writers residency, the entire time I penciled Sina’s story. I don’t like to draw away from my studio, and I had a difficult time finding my groove. Luckily, I met another cartoonist there named Pat Palermo, who helped anchor me a little (and he makes a cameo as an angry Metropolis driver).

While at Yaddo, Pat and I talked comix shop on the Shadow // Yaddo podcast: https://www.yaddo.org/s2-e17-showing-stories/ 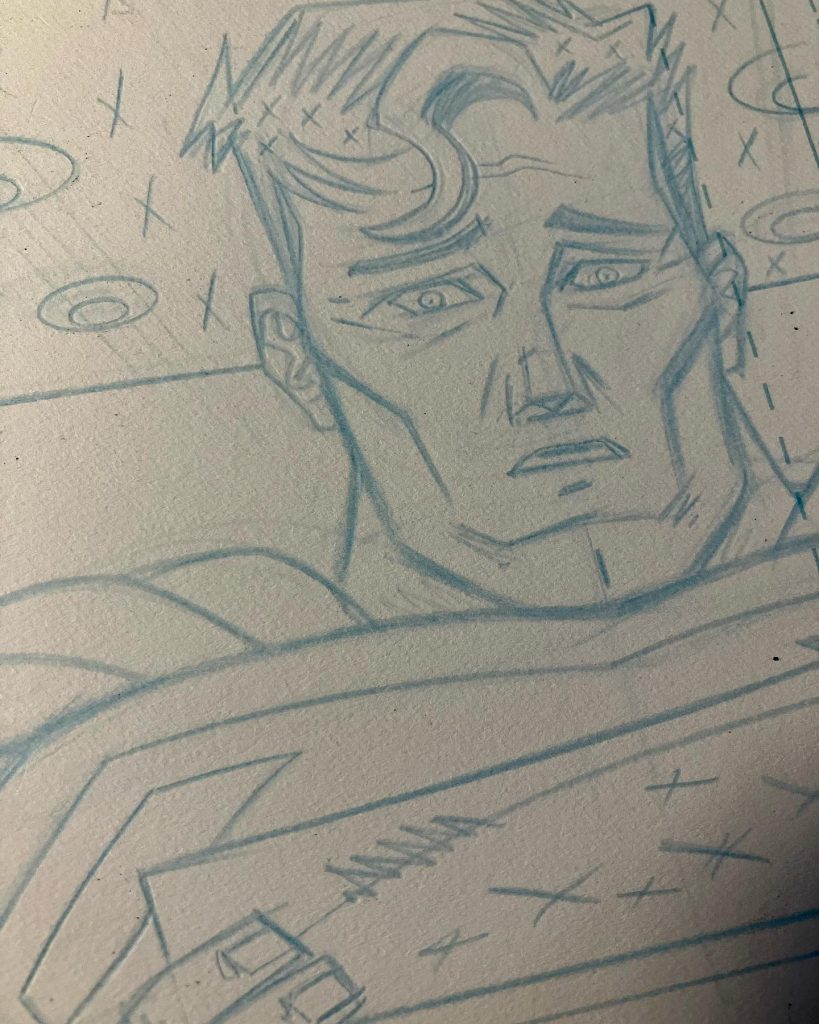 FS: When working on a character as embedded into our consciousness as Superman, as well as his extended cast, how do you tackle working on him?

FS: Superman and his cast have been reinterpreted so many times over the years. In your mind, who is Superman? What do he and his cast represent, both to you and to readers?

DH: At first glance, Superman is an all-powerful, altruistic being. But that’s not interesting. What makes Superman interesting is Clark Kent and I would need to really think about what makes the “man” in Superman. What makes him weak besides Kryptonite? What are his personal desires? What is he afraid of?

Years ago I conceived an idea that charts the early, soul-searching days of an alternative DC universe, Bruce Wayne and Clark Kent, two troubled young men, both of whom are running away from their respective homes by traveling the off-roads of America during a “summer of love” where they explore the relationship between wealth and happiness, as well as, myth and symbolism, and cross paths with other people like them; orphans, bastards, and illegal aliens [including members from the original JLA, Captain Marvel (Shazam), Plastic Man, and other key cameos], and come to a better understanding of who they are and where they’re supposed to go. I hope to be afforded the chance to write and draw that story someday.

I also co-plotted a great Superman versus Batman pitch with writer Mark Waid called “Crush,” that I’d love to draw!

FS: Are there any other projects that you have down the pike you’d like to promote?

I conceived and co-wrote a comic book for Darryl McDaniels’ new song, “Me And My Microphone,” featuring DMC, Chuck D, Ice-T, and DJ Jazzy Jeff, produced by Bumpy Knuckles. I recently wrote and drew an original Conan the Barbarian story (publication date TBD). I also drew a short, Twilight Zone-esque tale that my Nightwork Studio mate Whitney Matheson wrote for a publisher that hasn’t been announced yet. My 12-page Billy Dogma story, “I Will Break You But I Won’t Kill You Because I Need You,” is currently running in all 12-issues of IMAGE! 30th Anniversary anthology. And a 20-page horror story I created for Rocketship’s “Lights Out” graphic novel inspired by the 1930s radio show should be coming out next year, too. I’ve adapted my theatrical plays into screenplays with the aim to direct and produce them. Finally, I’m considering launching a Kickstarter comix project very soon.

Readers are encouraged to subscribe to my occasional newsletter: https://deanhaspiel.substack.com/

Kal-El has returned from his long sojourn to Warworld, but what ramifications does this hold for the broader DC Universe? In this special issue, we’ll spotlight Kal-El’s reunion with the Dark Knight, Jimmy Olsen, the Justice League, and…Lex Luthor?! Plus: witness the never-before-revealed look at the moments leading to Superman’s abduction by Pariah in the Dark Crisis event! The march toward Action Comics #1050 continues in this essential special volume!