Writer Jeff Lemire, artist Wilfredo Torres, and colorist Dave Stewart’s Quantum Age: From the World of Black Hammer debuted this summer, following the exploits of superheroes who have taken inspiration from the Black Hammer and his compatriots. As with Lemire’s other tales from his Black Hammer universe, Quantum Age is novel and action-packed, pulling readers in with his smart and affectionate look at superheroes and their tropes. Torres and Stewart’s art mixes a future aesthetic with superhero derring-do beautifully.

That’s why we’re excited to give you a look at our exclusive preview of a variant cover to Quantum Age: From the World of Black Hammer #6, hitting this January from Dark Horse Comics! 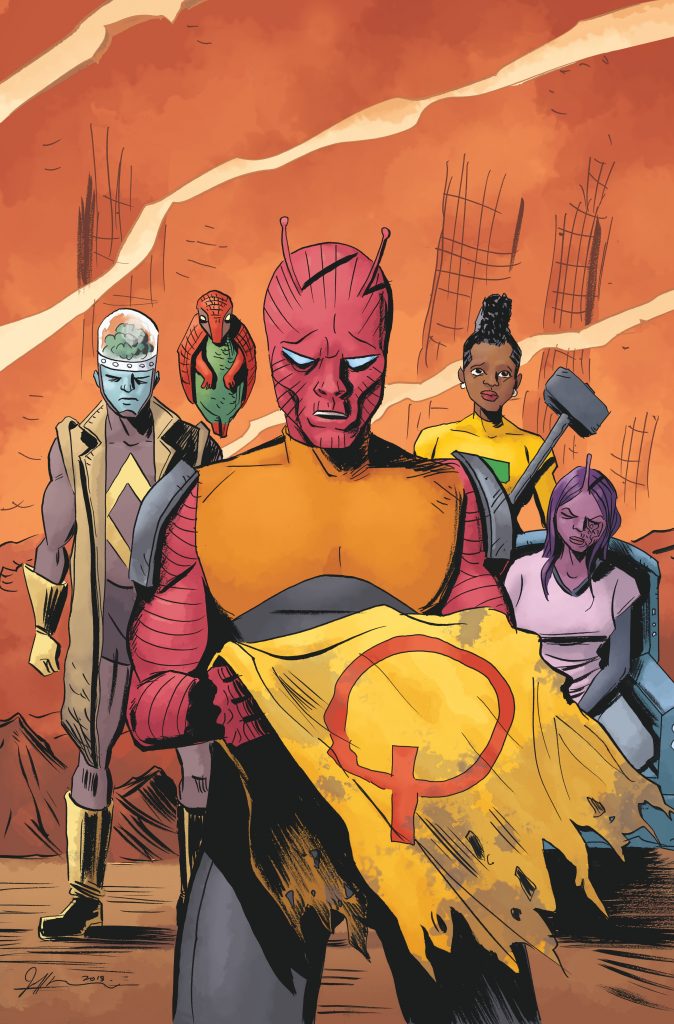 From the official description of the miniseries:

Set in the world of the Eisner Award-winning Black Hammer series–but a thousand years in the future–a collection of superheroes, inspired by the legendary heroes of Black Hammer Farm, must band together to save the planet from an authoritarian regime. A young Martian must find a way to reform The Quantum League to save the world while solving the riddle of what happened to the great heroes of the twentieth century.