With another Halloween upon us, playwright and actress Ilana Turner shares how one of her own personal stories from her past intersects with The Blair Witch Project and made her reconsider how she looks at Halloween and horror.

The Horror Just Out of Frame

In 1999, I went to see The Blair Witch Project in an Inner Richmond San Francisco movie theatre with some friends and I was horrified — but not by a witch or the doomed characters filling the screen. One minute and fifteen seconds of that film made my blood run colder than the Blair Witch’s tit. From minute 3:30 to minute 4:45, I shivered. I held my breath. I dug my fingernails into the arm of my most geographically available friend. My hair likely stood on end, though I was trying so hard not to let rip a Jamie-Lee-Curtis pitch scream that I can’t say for sure. You see, the most horrifying part of The Blair Witch Project for me, the moment that rocked me to the core, is that my sister’s tombstone is just outside the shaky frame when Josh puts that slate into the boom-holding Mike’s mouth.

The Burkittsville Union Cemetery is one of the few real locations used in the real Burkittsville, Maryland in The Blair Witch Project. My sister, Rachel has been there since 1991 when she died, tragically, of meningitis at the age of 32. Rachel died eight years before anyone outside the crafts world or a ten-mile radius had ever heard of Burkittsville, before the internet was widely used, and before the incredible jewelry she made from found deer antlers could have made a killing on Etsy. (Antlers and faux taxidermy weren’t remotely hip yet — these pieces were way ahead of their time, as was she. Always.) There was no Facebook post when she died, no permanent digital record of her or her work.

The only thing that pops up when you Google my sister — besides a listing on FindAGrave.com — is a scanned copy of the 1988 Pennsylvania Folklife, a magazine about the Kutztown Folk Festival. Rachel and her husband Bud, who made stunning pipes, belt buckes, cribbage boards and more, from shed deer antlers, sold their wares at Kutztown every summer. I worked there, both before and after Rachel died, and we had to wear Amish-looking clothing which did not make me feel like the hip 12-year-old I was desperate to be — but the ginger beer and funnel cake were killer, and since I was wearing basically a sack with an apron, I indulged with glee.

Before The Blair Witch Project, people went to Burkittsville for the crafts, which is why Rachel and Bud lived there. The whole town was filled with artisans of different kinds and periodically, the artisans would have open houses as part of a regional crafts tour to attract visitors and pedal their wares. My parents and I lived about an hour away, right outside of Washington DC, but we drove out to Burkittsville often through peaceful, rolling hills. Rachel and Bud bought a gorgeous old chapel (with no bathroom, which I remember because as a kid I was forever running across the street to their house to pee), to use as their workshop and showroom.

Not long after her death, Bud sold that chapel and moved away with their two boys. While I stayed very close to my family, the Burkittsville in my mind faded. I grew up and moved to the west coast, and though not a day goes by when I don’t think about Rachel, I rarely make it back to visit the cemetery in Burkittsville. It hurts too much and it’s too far away. But since 1999, thousands of visitors have passed through Burkittsville on the horror-movie tourism circuit, much  as my friends and I visited the Exorcist stairs in Georgetown (scenically located right next to a gas station), after we stocked up on Manic Panic and Doc Martens on Wisconsin Avenue, only a few years before.

At minute 3:30 of The Blair Witch Project that day in San Francisco, all of it — Rachel, Bud, my nephews, the rest of my broken-hearted family, the Pepto Bismol pink walls at the funeral, antlers, the smell of the Chapel’s wooden stove — came rushing back. In fact, it was so internally awkward that I didn’t think about The Blair Witch Project for years, not until Blair Witch came out last month. Then I got to thinking about why, collectively, we need Horror stories, and Halloween, and Day of the Dead. We need to face our greatest fear (save public speaking): Death. We need to take control of Death boldly and loudly by embodying the macabre in Halloween costumes we know we can take off; by reading grotesque books we know we can close; and by watching films designed to scare the piss out of us, knowing we can walk out of the theatre when the credits roll.

That Burkittsville, the setting for my own personal Horror story, is now a Halloween destination has a kind of poetry to it. Why wouldn’t Burkittsville be a part of our collective Horror story? It’s a beautiful place, like many others, where something terrible happened to a family, like many others. The reminder that my family and its story are part of something so universal is, well, comforting — which is just about the last thing I ever expected Halloween to be. 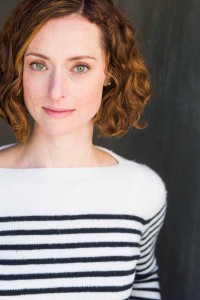 Ilana Turner’s first play, the award-winning O Réjane won the Stage Raw Los Angeles Theater Award for Female Leading Performance, and earned two additional nominations, including one for Ilana as playwright. Along with her play, In Her Voice, O Réjane is included in the 365 Women A Year project. Monologue “Sugar Coat It,” is included in LGBTQ Monologues That Are Actually Funny, out now from Hal Leonard/Applause Books, and three new plays are currently in the works. Recently published essays include “Motherhood, Pop Culture, and the Dead Baby Line” and “Even Cow Shit is Inspirational When David Lynch Directs It.” Previously Ilana freelanced for Turner Broadcasting and Skater’s Edge Magazine. As an actress on screen, Ilana has worked for HBO, SyFy Channel, Spike TV, and starred in the BAFTA/LA-nominated film The Red Ace Cola Project and is slated to shoot a feature in November. On stage, she starred in a world premiere at Edinburgh Fringe Festival and in Suzan-Lori Parks’ 365 Plays for 365 Days. Ilana holds a BA in theater and dance from Hampshire College. Also an ex-professional figure skater, she lives in Los Angeles with her husband and two daughters. Read on at www.ilanaturner.com and on Twitter @itoverdrive