After weeks of teases from actor Tom Hardy’s various social media accounts, we’re finally getting a glimpse of October’s upcoming Sony-produced Spider-Man spin-off (no pun intended) film Venom. Today, Sony dropped a teaser poster on the official Venom movie Twitter account with the promise of “Tomorrow,” which likely means we’ve got a trailer–or, at the very least, a smattering of film footage–about to hit our eye-holes. 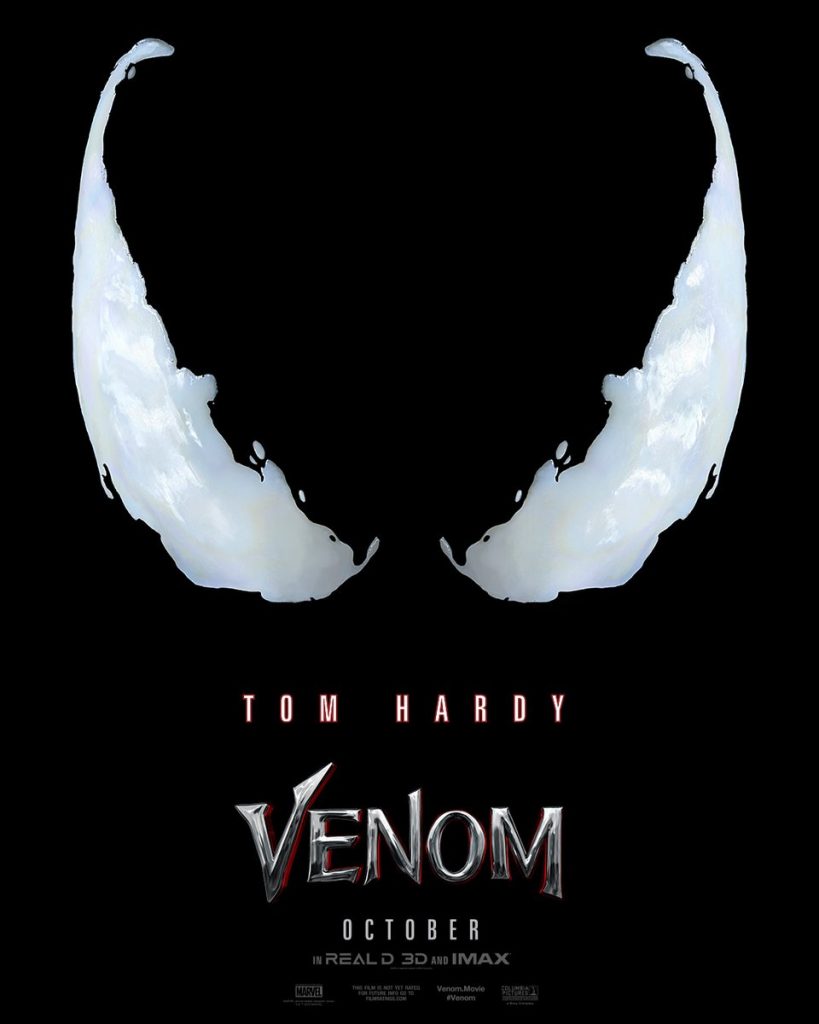 Hardy portrays Eddie Brock who, after being disgraced as a photojournalist, finds himself bonded to a symbiote to become Venom. While in the comics, Venom is one of Spider-Man’s greatest adversaries, it’s unclear how much of a role the wall-crawler will play in this film.