Shade, the Changing Girl comes by its unique look and narrative honestly. Spinning out of the Gerard Way-led DC Comics Young Animal imprint, the book seems to want to play with art and story-structure in a way that hearkens back to what its predecessor, the Vertigo title Shade, the Changing Man, did many years ago.

However, that might be where the similarities end, if the preview pages DC just released are any indication. The book follows listless teen Loma, who flees her home planet of Meta with the infamous “madness coat” of her idol Rac Shade, hoping for a more engaging life. Trouble is, she might have traded one set of problems for another, finding herself in the body of Megan Boyer, a bully who most people are disappointed isn’t completely dead.

From what I’ve seen, the premise and the art have the feel of the trippy-ass antics of Vertigo’s younger days, while being its own (young) animal. Read on to see if you agree. 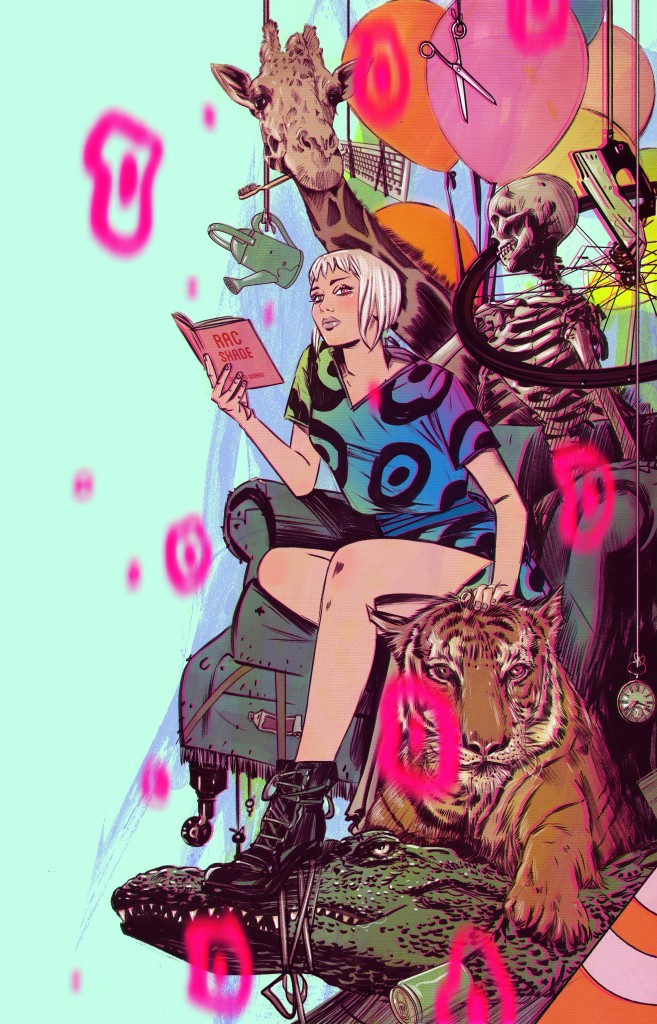 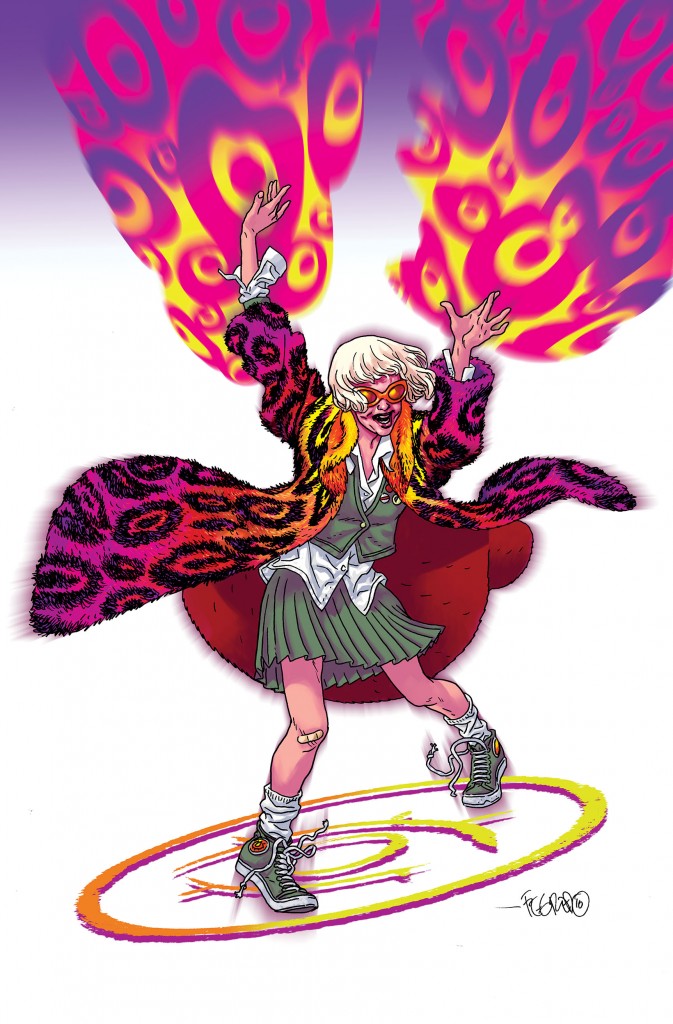 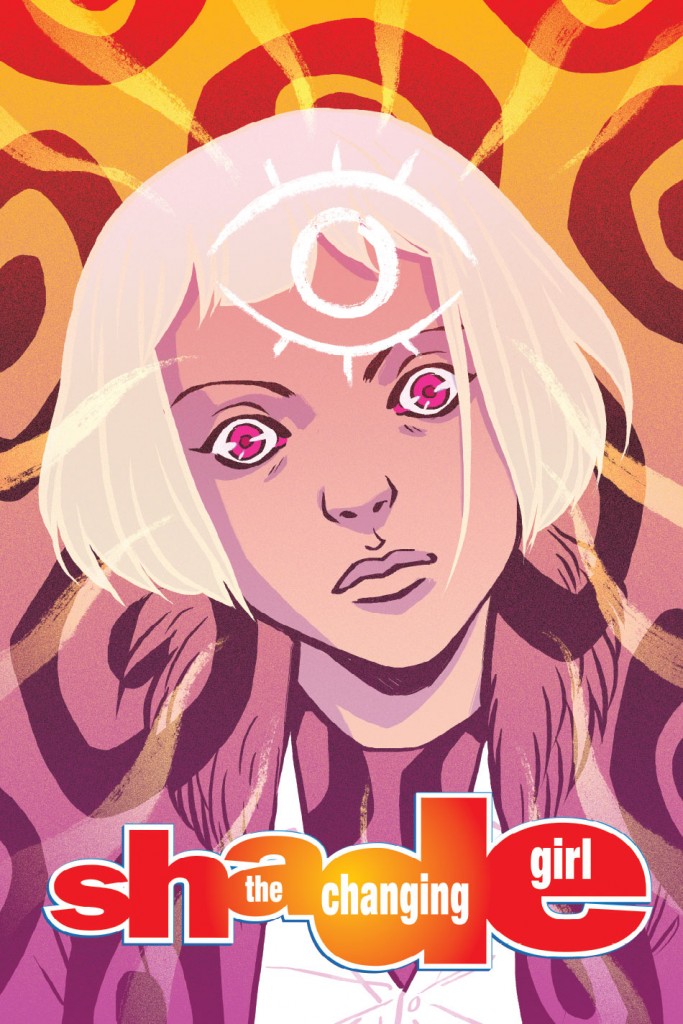 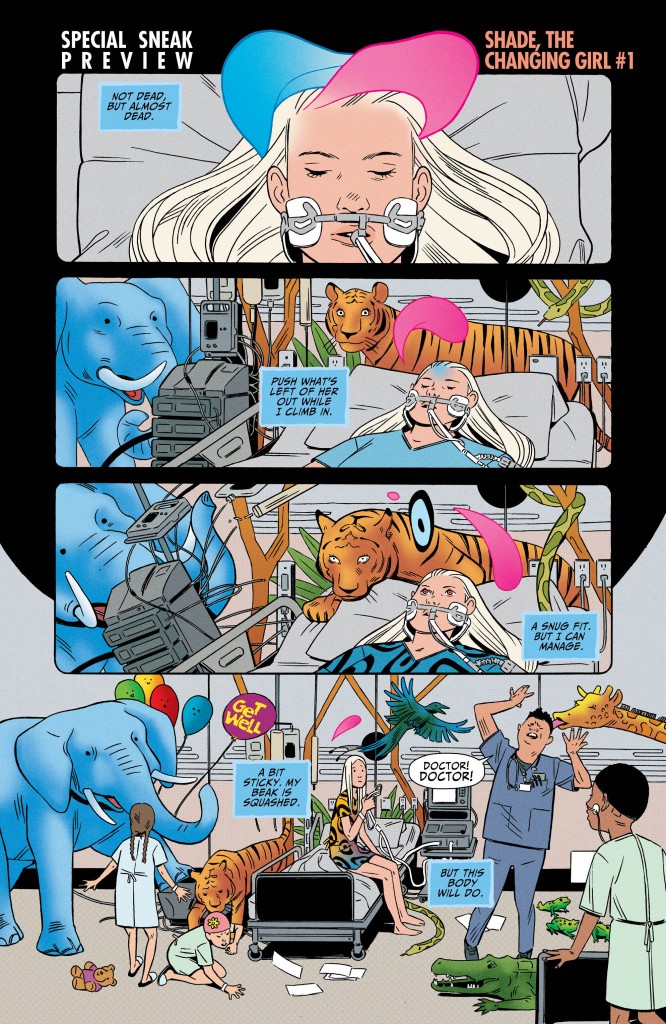 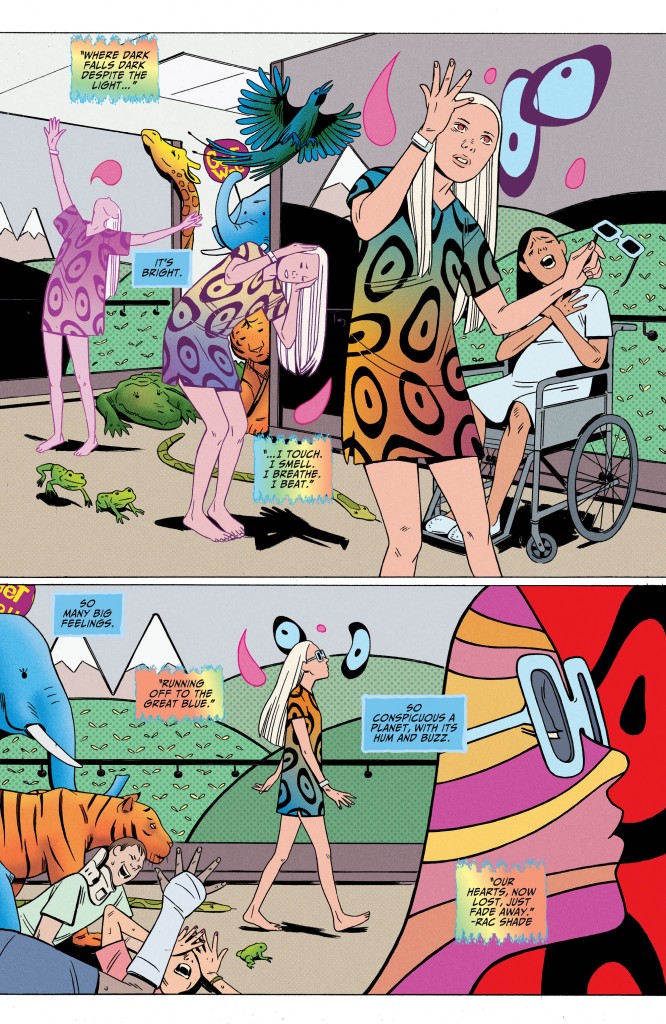 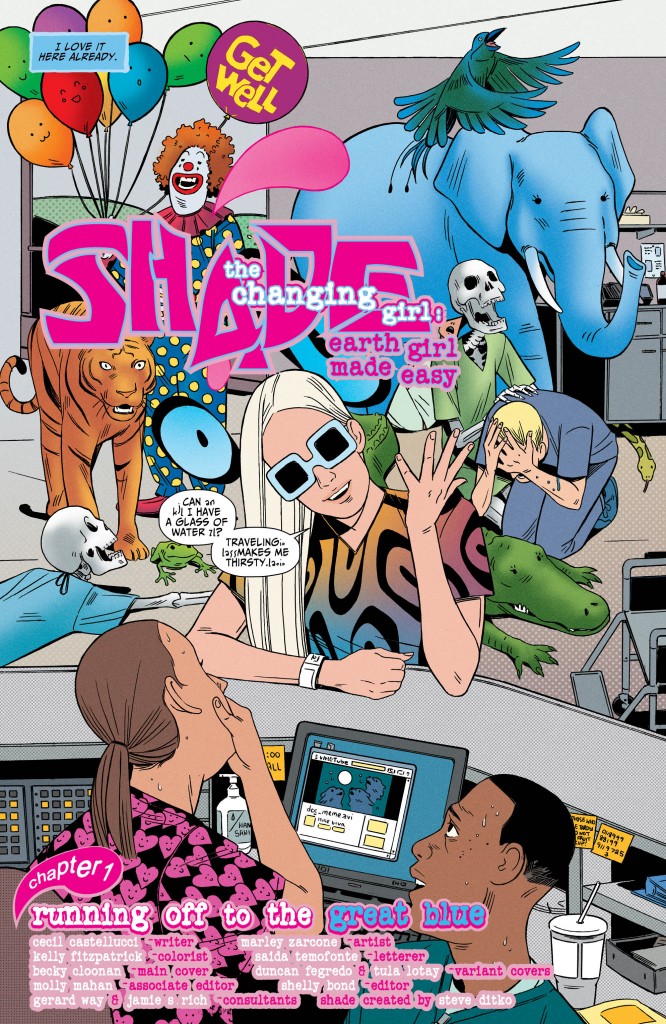 Shade, the Changing Girl, with words by Cecil Castellucci, art by Marley Zarcone, and colors by Kelly Fitzpatrick, drops on October 5th from DC Comics/Young Animal.

There’s no such thing as a little bit of madness.

Far away on the planet Meta, Loma’s going nowhere fast. She’s dropped out of school, dumped her boyfriend, and is bored out of her mind.  She longs to feel things. That’s where her idol, the lunatic poet Rac Shade, and his infamous madness coat come it. Loma steals the garment and makes a break across galaxies to take up residence in a new body: Earth girl Megan Boyer. Surely everything will be better on this passionate primitive planet with a dash of madness on her side and this human girl’s easy life. Only now that she’s here, Loma discovers being a teenaged Earth girl comes with its own challenges and Earth may not be everything she thought it’d be. Megan Boyer was a bully whom everyone was glad was almost dead, and now Loma has to survive High School and navigate the consequences of the life she didn’t live with the ever-growing and uncontrollable madness at her side. Not to mention that there are people back on her homeworld who might just want Shade’s coat back.

Written by Cecil Castellucci (THE PLAIN JANES, Moving Target: A Princess Leia Adventure), drawn by Marley Zarcone (EFFIGY) and overseen by Gerard Way, SHADE, THE CHANGING GIRL starts a whole new chapter in the story of one of comics’ most unique series.