Nobody ever accused the Marvel Universe of thinking small. However, when it comes to action figures, Marvel and its licensors have never been shy to experiment with scale. Between Titan Heroes and Marvel Legends and the Marvel Universe line, their characters come in a variety of sizes. Last year, a 2.5” figure scale emerged with figures and vehicles based on Guardians of the Galaxy. This year, Hasbro went all-in with an extensive line based on Avengers: Age of Ultron.

At the line’s center is the Avengers HQ, three playsets that stack into fully realized Avengers Tower playset. In addition is a Cycle Blast Quinjet, as well as a number of separately packed Avengers and foes. We’re going to take a closer look at the HQ sets, the Quinjet, and a couple of figures in particular. Notice: I opened, assembled and photographed these review samples with the assistance of my minions, my sons Connor (10) and Kyle (8). Spoiler Warning: they went NUTS for these. And that’s great, because these sets are more obviously directed at the younger audience than some of the more high-end collectibles. As such, this piece will focus more on the playability for the younger set.

Avengers HQ 1: Each of the three key sets is numbered. Set 1 is the lower level, Set 2 is the middle, and Set 3 is the top. Set 1 carries the subtitle Hulkbuster Breakout. It’s designed around the film’s crucial Hulk vs. Hulkbuster battle. The largest part of the set is a containment center for the Hulk (figure included). On the right side is a removable “Veronica” satellite; when it’s plugged into the set, it can double as figure-standing space. When detached, it’s meant to replicate the arrival of the Hulkbuster in the line. The Hulkbuster Armor (figure included) attaches to the front of the Veronica unit, but can also be set up to zipline down into battle. The armor itself opens, allowing the baseline Iron Man figure (from Set 2) to be inserted inside of it.

Kid’s Verdict: This was a huge hit. Kyle in particular loved all the Veronica aspects, noting how cool it was that the set-up looked like the movie.

Avengers HQ 2: Set 2 (Captain America Tower Defense) incorporates three clever action bits in addition to a computer terminal area. The first action post is the “Cap Shield launcher”, which is a shooting mechanism for a disc made to resemble Cap’s shield. The second, and largest, is the Cap motorcycle launcher. Set up on the right side of the set, the launcher shoots Cap and his cycle (included; note that Cap can’t be removed from the cycle) through a breakaway pair of doors, presumably to crash into Ultron (figure included) on the platform on the far left. The third action bit is that left platform, which has a collapsing floor.

Kid’s Verdict: Connor loves Cap, so he thought the launcher was cool; he enjoyed the breakaway doors in particular. The boys were also happy that it came with a “villain” piece.

Avengers HQ 3: The Iron Man Lab Attack is the largest set in terms of area. It has a second level of sorts, both with the catwalk on the upper right and the missile launcher deck on the upper left. There are screens, a robot arm (hey, is that Dummy?!), and a central trap/chamber (your imagination may vary). When you hit the lever, the two sides spring up and the floor drops out. As you might expect from the title, the set includes an Iron Man figure and an Ultron.

Kid’s Verdict: Again, big hit. The larger area allows for more figures to be set up, and the middle feature is good, especially when deployed while the tower is completely assembled.

Avengers HQ (Sets 1, 2 & 3 Combined): Each set has a piece that established the connections to make the three-tiered structure. Set 1 has four posts that raise and plug into the bottom of Set 2; the fit is snug and secure. The doorframes of 2 provide the foundation for 3 to be mounted on top; again, it’s a good fit. The sets are fun individually, but the kids have a ball with the fully assembled Tower. It offers a variety of play opportunities with the combined actions (drop Ultron through the trap door on level 3 so that he can get smashed by the Capcycle on level 2, etc.). The main result of having the full set in front of them was that the kids want to fill it with more characters immediately. Very clever, Hasbro. Very clever . . .

Cycle Blast Quinjet: Outside first: this is a solid replica of the film Quinjet, well-molded and, again, sturdy. The cockpit has seating for a surprising four figures. Now, you may have heard of this toy in part because there were some complaints because it came with the Capcycle rather than Black Widow on a cycle. I get that, but I can also understand the side where using a pre-existing expression (the Capcycle that came with the HQ 2) probably kept the overall piece cost of the Quinjet down. That aside, it’s a well-made vehicle and the Cycle Blast feature works as well as the similar construct from HQ2.

Kid’s Verdict: While the Quinjet does come with the Capcycle, each boy voiced a desire to see another figure included. Kyle wondered why Hawkeye wasn’t present since he is pictured on the box and flies the Quinjet in the film; Connor thought that this would have been a perfect place for a separate Black Widow figure.

Other figures: As noted, a number of other figures populate the line. They are mostly available in packs in the $5.99 range. Most of them are a solo 2.5” figure packed with pieces of various Ultron constructs. If you get every figure, then all of the Ultron pieces combine into a type of super-robot. The boys colluded on four immediate additional purchases: Vison, Hawkeye, Thor and Scarlet Witch. Their rationales were as follows: Hawkeye is one of Kyle’s favorites, whereas Connor digs Vision. Both wanted Scarlet Witch for various reasons, including her comparative rarity in lines. Kyle also strongly supported Thor since that would account for another member of the “Big 6”; Connor was amenable.

In specific, the Hawkeye has a molded in bow and looks pretty good. Ditto Scarlet Witch, who has tiny versions of the same “hex accessories” as her Marvel Legends counterpart from the Allfather assortment. Vision is extremely well done and just a smart pick-up, given his role in the film. And Thor is Thor; why not have Thor? (Other significant characters available separately are a Cap that’s not molded to a vehicle, Nick Fury, War Machine, an Ultron Prime with 2 drones instead of building pieces, and an Ultron Mark 1 with 2 Iron Legion figures, again, instead of building pieces)

Summary: These are simply great toys for young kids interested in the Marvel Cinematic Universe. While I’d expand the character selection to include Black Widow, Quicksilver, and Falcon, the playsets and figures that we have here fulfill their function extremely well. They offer a lot of avenues for play, they are more fun in combination, and they are relatively inexpensive. The notion of all of the combinable Ultron parts is a carry-over of sorts from the ML BAF concept, but it makes sense when you see that it’s based on a film with a customizable and constantly upgrading villain. It’s a good kids’ line that should be given room to continue and expand, and hopefully swing back and pick up some films and characters not yet represented (Loki, Coulson, and so on).  Sound off below! 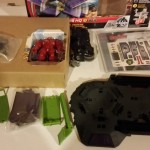 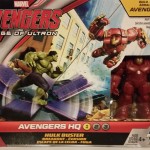 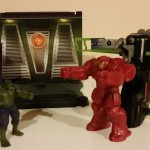 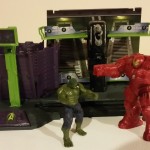 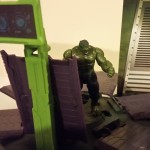 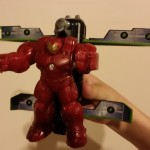 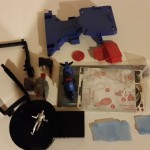 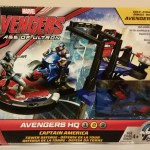 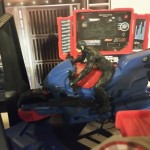 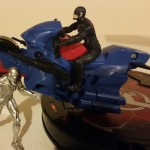 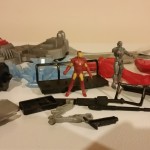 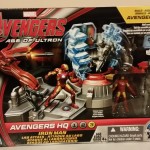 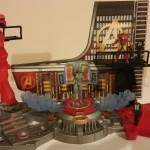 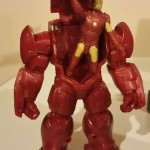 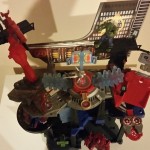 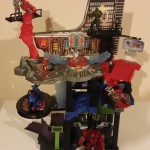 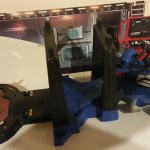 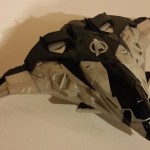 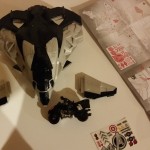 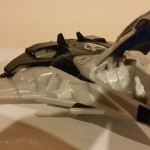 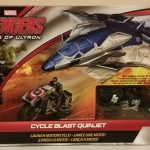 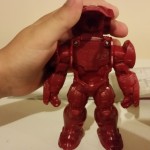