While Captain America and Iron Man’s conflicting ideologies showed that tension was building between the two in last summer’s The Avengers: Age of Ultron, that tension will swell into full-blown war in May’s Captain America: Civil War. Check out the video below for our first full-length trailer to next spring’s film and the inaugural installment for Marvel’s Phase Three movie slate!

Admittedly, the trailer featured a ton of plot threads and Easter eggs, but here are the high points: Cap 3 is loosely based on the Marvel Comics Civil War storyline from a few years back, focusing on the government (in the comic, the U.S. government; in the film, a conflagration of nations) wanting to register superhumans as legitimate officers of the law to provide an air of oversight. Presumably, this decision in the movie is a direct result of the Ultron-oops-a-daisy incident in the Eastern bloc country Sokovia in Age of Ultron.  Iron Man is pro-registration (most likely, in part, as part of hindsight in his role in creating Ultron); Cap, not so much. The butting of heads results in Avengers and other heroes choosing sides, brother against brother, you know the drill. 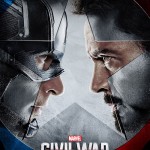 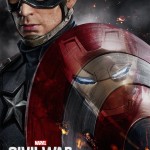 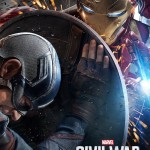 Falcon, Cap, Bucky/The Winter Soldier, Iron Man, War Machine, Hawkeye, Black Widow, Black Panther (a new addition to the Marvel Cinematic Universe), and William Hurt’s General Ross all get face time in the new trailer. While the Vision and Ant-Man are confirmed to appear in the film, they were absent from footage, as was Tom Holland’s Spider-Man, although he’s expected to make his MCU debut during the brouhaha. Also MIA are General Ross’ nemesis the Hulk and the Asgardian Thunder God Thor, but they’re presumably busy bro-ing it up in Thor: Ragnarok, slated for 2017.

Cap 3 looks fantabulous, but it’s got a heavy load to bear. Not only is it setting up a new status quo for the heroes of the MCU that will affect other movies to come, but that disruption will also feed into the final Phase 3 blow-out in the Infinity War two-parter. Piling on the resolution to the Winter Soldier storyline and introducing Black Panther and Spidey to the mix and going toe-to-toe with Warner Bros./DC’s Batman v. Superman: Dawn of Justice, it’s safe to assume that studio heads and movie goers alike will be concentrating on how successful Cap 3 will be, even factoring in how bankable stars Chris Evans and Robert Downey, Jr. seem to be.

But enough of that hand-wringing. The trailer kicks ass! Watch it a few times! Skip Thanksgiving! Cap loves you more than your Aunt Ida and that apple pie she makes every year that you pretend to stomach.