2014 has been a big year for the comic book industry. The developments in the cinematic futures of comic book characters aside, the breadth and depth of the offerings that companies are providing readers is bigger and more booming than ever before. Let’s take a look back at the highs and lows of the industry’s year and what made 2014 such a powerful time for comic books. Welcome to our 2014 Comic Book Year In Review! 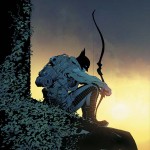 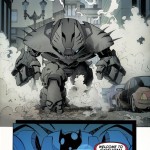 Since DC’s New 52 debuted in 2011, Batman by wrtier Scott Snyder and artist Greg Capullo have worked to make the series starring the Dark Knight Detective consistently the best series of the relaunch. In 2014, from adding layers and a fresh take to Batman’s origin in Zero Year to somehow managing to make the Joker even scarier in Endgame, Snyder and Capullo are the stewards that both Bruce Wayne and Gotham City have needed for years. (Check out our review of the second part of Endgame here.) 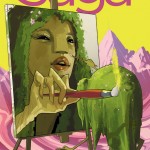 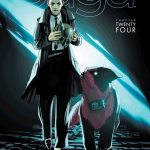 Brian K. Vaughan is a master storyteller with an eye at the long-term and the stretch ahead. Anyone who had read his work on Y: The Last Man and Ex Machina knew that before delving into the first issue of Saga. However, the series has undergone some radical changes in 2014, showing a strained relationship between parents Marko and Alana and putting their bond to the test more than ever before in this sci-fi tale. While such a time jump could be disorienting to readers in the hands of a less-nimble writer, Vaughan, along with artist Fiona Staples, create a narrative that is heartbreaking time and again and leaves fans asking for more. 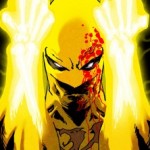 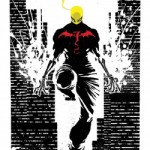 While a bunch of comic book readers have fond memories of Iron Fist (one of the best things to come out of the 1970s this side of Studio 54), the superhero with a martial arts flair hasn’t gotten the love he’s deserved in quite a while. On the plus side, Brian Michael Bendis threw the spotlight on Danny Rand in his Daredevil and New Avengers series, and he had a role in Matt Fraction’s Defenders title. On the minus side, while Fraction and Ed Brubaker wrote some kickass tales in The Immortal Iron Fist, no effort to give Danny his solo title has stuck the landing of late. That’s why writer/artist Kaare Andrews’ take on Iron Fist is so refreshing and welcome. Andrews embraces the character and his roots for what they are, making for a romp that’s one of the best kung-fu movies you will ever see. His kinetic art flair, as seen in Spider-Man: Reign, is just what Danny Rand needed to make his stories leap off the pages. 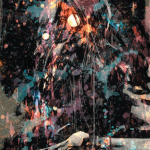 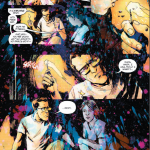 Writer Scott Snyder continues to demonstrate that he has a grasp on telling stories about the darker side of the human nature, adding Wytches to his resume of his macabre work on Batman and American Vampire. With Wytches, Snyder, along with his Detective Comics collaborator, art superstar Jock, and palette-master Matt Hollingsworth, spins a tale of horror that shows that sometimes the things to be most fearful of reside both in the dark of the forest and the unease lurking in the human heart. (Check out our review of issue 3!) 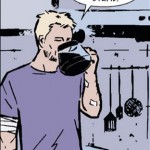 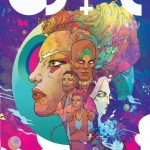 If you want to read the works of a writer who’s one of the most fearless men in the business, look no further than to Matt Fraction. However, he would most likely tell you that he just crafts the stories he wants to create, but those stories, time and again, come across as something several levels apart from almost everything else that’s hitting the newsstands. On Marvel’s Hawkeye with artist David Aja, Fraction has written the most well-rounded Clint Barton we’ve seen in years, while still penning tales that aren’t afraid to experiment with story structure and reader expectations. While Sex Criminals uses a lot of shock and in-your-face devices, Fraction presents a yarn about relationships and sexual politics. And while we’ve only seen the first issue of ODY-C, the series looks to play with the comic book narrative format while flipping genders of characters in a familiar epic poem to examine the nature of stories. Matt Fraction is a force of nature. (Check out our review of ODY-C #1 here.) 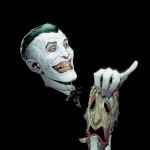 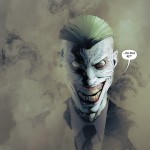 Although Greg Capullo has an excellent eye for story composition and drawing distinct, fleshed-out characters, he would have still made the list regardless for making the most balls-out scary version of the Joker in the recent Batman storyline Endgame since his rendering of the Joker in Death of the Family. A thin veneer of competent evil drapes itself over Endgame‘s Joker, making the Clown Prince all the more mesmerizingly menacing. Two equally scary yet different depictions of the Joker in two years time is quite a feat, which is why Capullo is our top artist for 2014.

Second Best Use of an Orgasm: Sex Criminals (Image Comics) 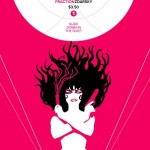 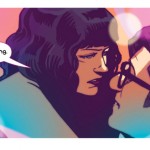 What if making your partner orgasm could freeze time? Now there’s a superpower, in more ways than one. Writer Matt Fraction and artist Chip Zdarsky bring you a romping tale of the use and abuse of sexual prowess-gone-amok in this engaging, funny, and balls-out (heh) psychedelic tale about getting tail. More than being a mere schtick or gimmick, however, Fraction and Zdarsky use the conceit of the book to broach a discussion focused on relationships and how intimacy is a key part of any partnership. Also, again: orgasms that can freeze time. 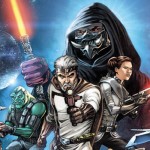 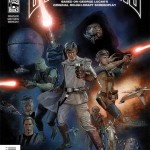 For a lot of Star Wars fans, December 2015 is much too far away to wait for J.J. Abrams’ newest installment in the cinematic universe of Luke, Leia, and Han. Dark Horse has just the thing to keep you from going into DTs, but still keeps you jonesing for more. The Star Wars is an adaptation of George Lucas’ original rough-draft that would eventually give birth to films we all know and love, The Phantom Menace notwithstanding. While some of what was included in the original draft was goofy as fuck—and that’s saying something—this graphic novel is a fun read if for no other reason than nostalgia and to witness what craziness could have been. With the Star Wars license reverting back to Marvel in 2015 and a new series launching next year, this was a great sendoff as Luke and the gang leave Dark Horse Comics. 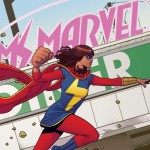 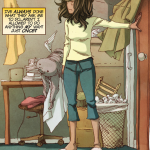 Just a warning: If you’re looking for a book full of sad clowns and angst out the wazoo, Ms. Marvel probably isn’t the book for you. This series, starring Muslim teenage Kamala Khan, is a helluva lot of fun and it’s one of the first books I read every month when I pick up my monthly fix. Kamala, who has powers far beyond those of mortal women and men, attempts to navigate the world of being a teenager, being a Muslim in America, and dealing with newfound abilities both exciting and confusing. Folks have compared Ms. Marvel to the early Spider-Man books, and that’s a glowing comparison if ever there was one. 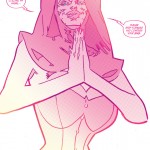 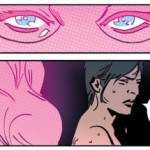 In Bitch Planet #1, writer Kelly Sue DeConnick introduces readers to a dark mirror of a future in which “non-compliant” women are sent by a patriarchy gone amok to serve time at a distant outpost colloquially referred to as Bitch Planet. The masters of the outpost employ cotton candy-colored holograms to correct recalcitrant behavior. One such hologram is a warped fractured perversion of a nun—a sexualized nun a la 1970s exploitation films—that encourages inmates to confess their sins. The jarring imagery, particularly the almost demonic face of the light creation, make for one of the most chilling wardens we’ve seen this year. (Check out our review of the first issue.) 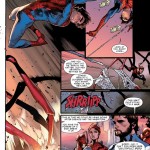 Ever since Otto Octavius, the Spider-villain Dr. Octopus, inserted his consciousness into Peter Parker’s body as a last-ditch effort to stay alive, fans have been waiting for a showdown between Peter and Otto for Otto’s use and abuse of the Amazing Spider-Man’s life. Readers got their wish in the third part of writer Dan Slott’s Spider-Verse story running through The Amazing Spider-Man as Peter and Otto-as-Peter (long story) battle for leadership of the assembled Spider-folk from across the multiverse. Fans got the best of both worlds: Peter was able to take the high road while giving Otto the hit in the kisser that he had more than earned. In the issue, we were reminded once again why Peter is the one true Spider-Man. (Also: best hit since Batman punched Green Lantern Guy Gardner in the nose in Justice League.) (Check out our review of the comic here!) 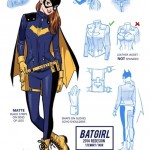 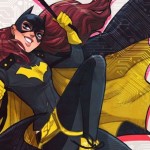 While reviews were somewhat mixed when the announcement that Barbara Gordon aka Batgirl would be getting a new outfit for her crimefighting derring-do, you’ve gotta admit it’s one of the most practical costumes we’ve seen on a superhero or villain. The change still gives a nod to Barbara’s past as the Batlady, while making her duds functional. Designed by artist Babs Tarr and writer Cameron Stewart, this look is a nice change of pace in a sea of comic book costumes that often have the same look. Would we want every costume to look like this? Maybe not, but this is certainly a welcome change. 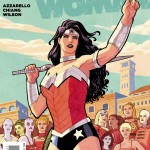 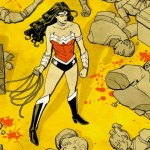 While Batman might continue to be DC’s most consistent superhero series, Wonder Woman has been the biggest surprise in terms of evolution of any the company’s stable of superheroes. Writer Brian Azzarello and artist Cliff Chiang’s work on the book recently ended, but what they left behind is a hero that is an amalgamation of the spirit of all the iterations of the Amazonian princess that preceded the team’s stories, while leaving a new, indelible mark on the character.

Best Use of Apes on Motorcycles: The Humans (Image Comics) 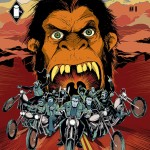 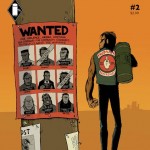 Although Dawn of the Planet of the Apes was a howling good time of a film, 2014 was a good year in media for our primate cousins and one story swung above the rest. (Chimp puns!) Writer Keenan Marshall and artist Tom Neely’s work on The Humans, chronicling the tale of  apes on motorcycles, offers up one of the fearless and entertaining books from any publisher this year, a year that included a comic about folks using orgasms to rob banks and Spider-Ham fighting alongside dozens of Spider-Men and Women. Along with the conceit of muh-fucking monkeys (yes, I know monkeys and apes are different) riding choppers down the highway, the callbacks to Easy Rider and other motorcycle films of the 1970s really make this book stand out and poised to be one of Images’ most entertaining reads of 2015. (Check out our review of the first issue!) 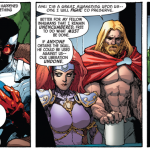 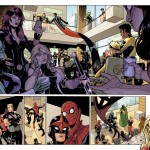 Writer Rick Remender‘s work on the comic book series Uncanny X-Force contains some of the best X-Men stories in the past decade. The tales he interwove throughout the series were alternately dark, funny, and, ultimately, beautiful. His characterization, in a scant 36 issues, gave such characters as Evan (a clone of Apocalypse) depth, and he brought nuance to X-Forcers Deadpool and Wolverine not seen before. When Remender took the reins of helming Uncanny Avengers, he picked up a lot of the threads he had left at the end of X-Force, which, on the whole, brought new spins on old tropes found in both Avengers and X-Men stories. That’s why the miniseries Avengers & X-Men: Axis felt like such a missed opportunity. The conceit of the story, in which heroes act villainous and vice versa, were executed in such a way that felt at times forced and unfocused. Character evolution like that seen in Evan seemed wasted in the story and the personality switches seen in Axis felt too broad at times. The miniseries lost my interest as it spun lazily on its own axis. (Check out our reviews of issues 4 and 5 of the miniseries.)

And that’s it for our review of 2014’s year in comics! Do you have your own thoughts? Agree or disagree with us? Let us know in the comments!